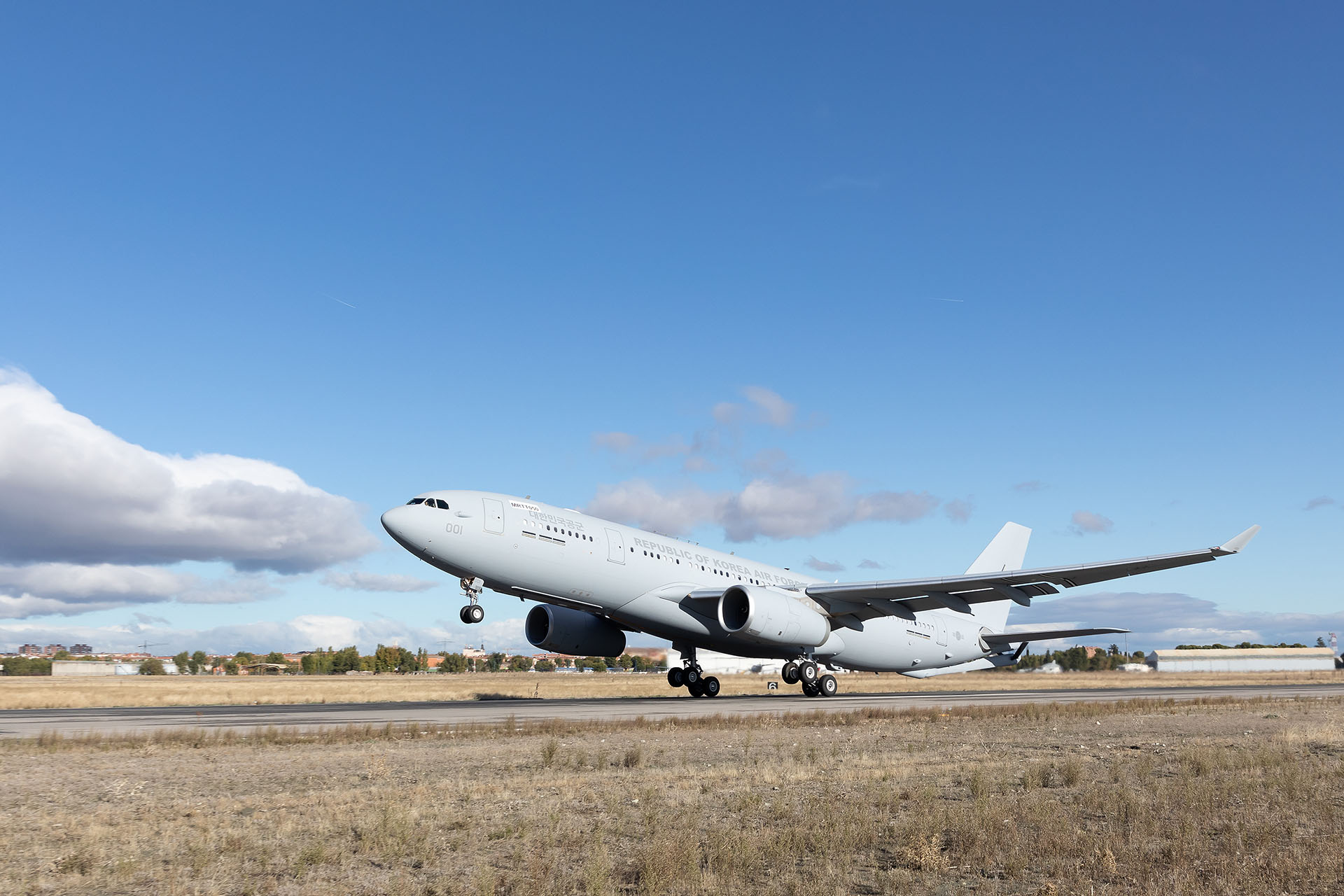 The first Airbus A330 Multi Role Tanker Transport (MRTT) aircraft for the Republic of Korea Air Force (ROKAF) has landed in Gimhae Air Base in Busan, South Korea for its acceptance tests.

The aircraft, which was piloted by a joint Airbus and ROKAF crew, arrived in South Korea after a ferry flight from the Airbus Final Assembly Line in Getafe, Spain, with a stop in Vancouver, Canada.

It will now undergo ground and flight tests in Gimhae. The ROKAF will be supported by a team from Airbus, which will be based in South Korea for the duration of the tests until the aircraft is officially handed over to the customer.