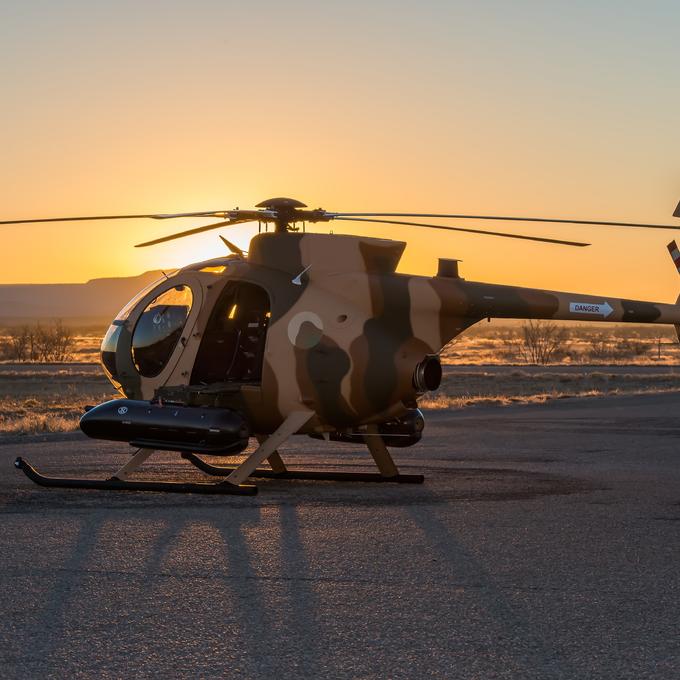 The contract was awarded through U.S. Army Contracting Command, Redstone Arsenal, Alabama. Initial deliveries will take place in April 2019, with all aircraft delivered prior to the August 2019 contract completion date.

“Our respect for and commitment to the warfighter is matched only by our legacy of providing the best in American-made rotorcraft to U.S. and Allied forces,” said Lynn Tilton, Chief Executive Officer for MD Helicopters. “We look forward to delivering these MD 530F Cayuse Warrior helicopters to the Kenya Defence Forces, enhancing their ability to provide close air support and over-watch for ground operations.”

In addition to an advanced, all-glass cockpit and ballistically tolerant crashworthy fuel system, Kenya’s MD 530F Cayuse Warrior fleet will be outfitted with the full complement of mission equipment standard to the Cayuse Warrior:

All aircraft will be delivered with a full U.S. Army-awarded Airworthiness Release (AWR).

“This aircraft will be an exceptional addition to the KDF fleet,” Tilton concludes. “It is effective, efficient, and a proven performer in combat operations. It is gratifying to see this iconic airframe rise, once again, to be the standard for light scout attack helicopter operations worldwide.”