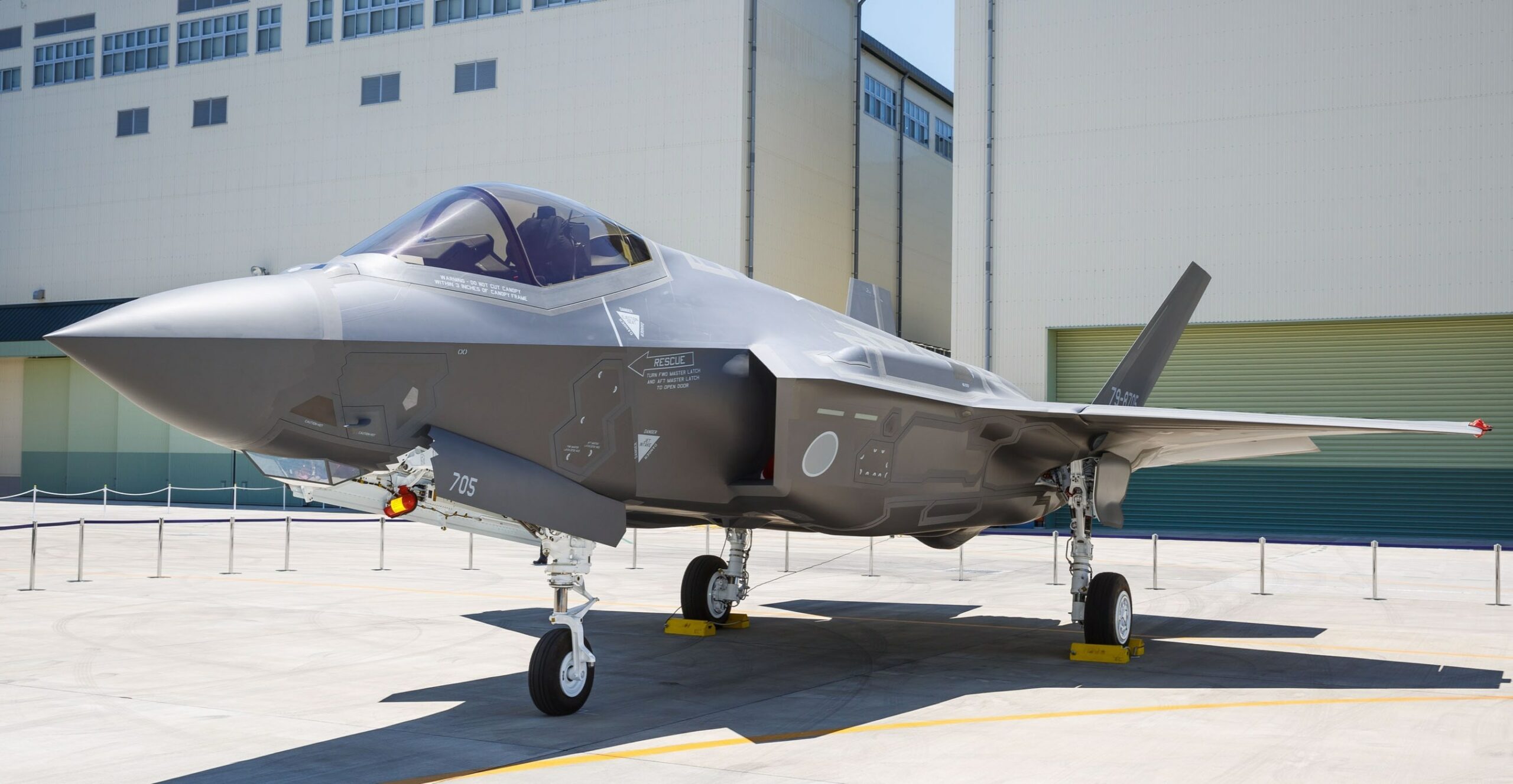 The ceremony was attended by more than 400 guests from both governments, militaries and defense industries.

“With its low observability and network capability, the F-35 is the most advanced air system with cutting-edge capability as a multi-role fighter. As the security environment surrounding Japan has become increasingly severe, because of its excellence, it is very significant for the defense of Japan to commit to acquiring the F-35 year by year. Given that the United States Government has designated Japan as a regional depot in the Asia-Pacific area, introduction of F-35A to Japan is a perfect example, enhancing the Japan-US alliance.”

“The F-35A has remarkably advanced system. This highly sophisticated 5th generation fighter will bring a great development to air operations as a game changer. In integration with current JASDF assets, it surely promises to enormously contribute to not only the benefit of our national defense and but also regional stability.”

“The men and women of Lockheed Martin are honored to bring the exceptional capability of the F-35A to our partners and friends in Japan,” said Hewson.

“The security alliance between Japan and the United States has been a cornerstone of peace and prosperity in the Asia-Pacific region for generations, and we are proud to continue that legacy of cooperation with the rollout of the first F-35A to the Japan Ministry of Defense and the Japan Air Self Defense Force today.”

Japan’s F-35 program includes 42 F-35A Conventional Take Off and Landing aircraft, acquired through the U.S. government’s Foreign Military Sales program. The first four aircraft are built in Fort Worth and the remaining 38 aircraft will be built at the Mitsubishi Heavy Industries Final Assembly & Check-Out facility in Nagoya, Japan, where aircraft assembly is underway. Maintenance training for the first JASDF F-35A technicians is underway at Eglin AFB, Florida, and the first JASDF F-35A pilots are scheduled to begin training at Luke AFB, Arizona, in November.

Three distinct variants of the F-35 will replace the F-16 Fighting Falcon and A/OA-10 Thunderbolt II for the U.S. Air Force, the F/A-18 Hornet for the U.S. Navy, the F/A-18 and AV-8B Harrier for the U.S. Marine Corps, and a wide variety of fighters for at least 11 other countries.