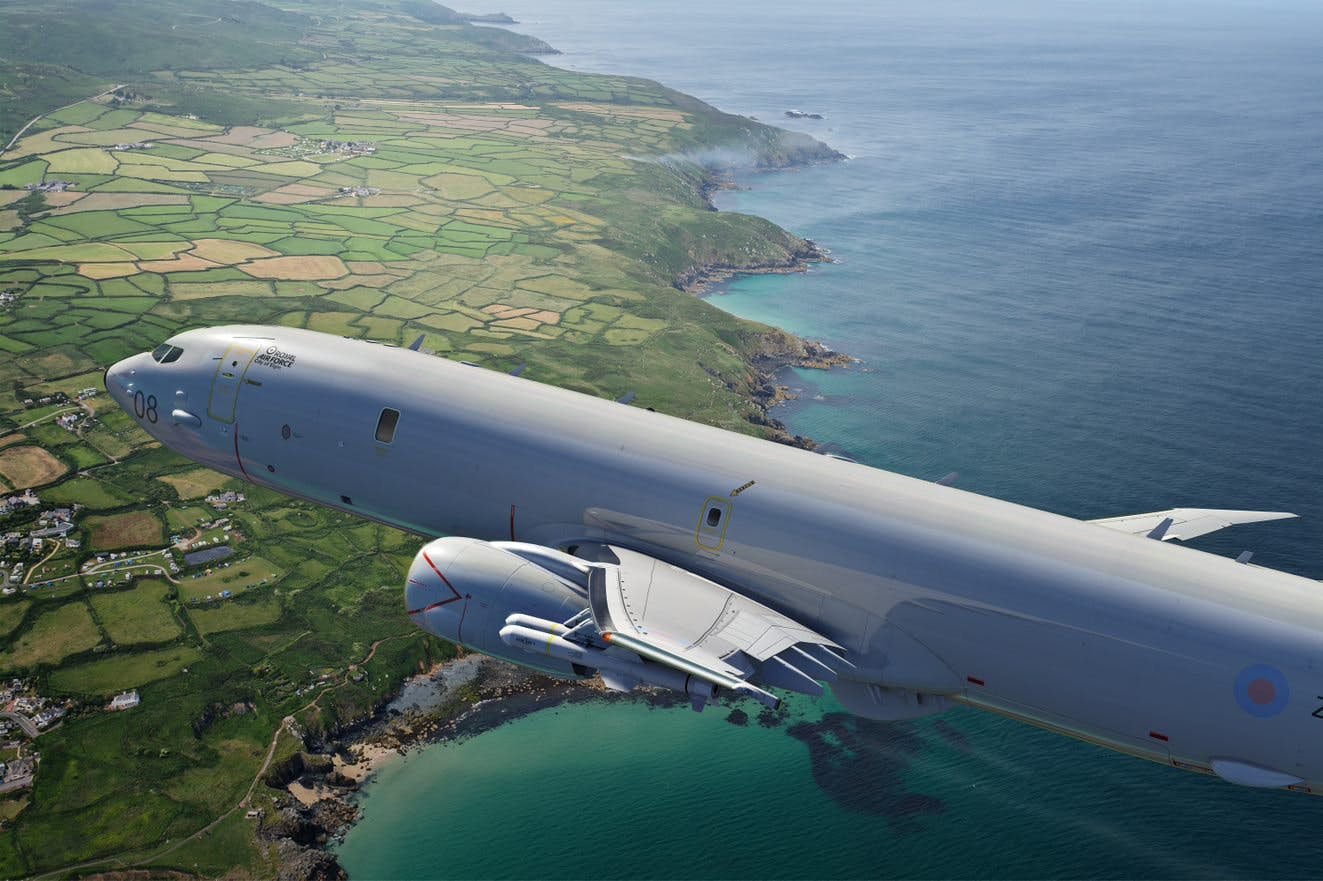 Pilots, Weapons System Officers and Weapons Systems Operators have entered the simulator and flying phase of their six-month course.

Meanwhile, engineering personnel is similarly progressing through their course at Naval Air Station Jacksonville in Florida.

The personnel, from CXX Squadron at RAF Lossiemouth, are being trained by a mix of US Navy and RAF P-8A ‘seedcorn’ one-way exchange instructors on a course which covers a substantial range of topics. This includes being trained to fly at medium and low level over the sea so that the mission crew can train in Anti-Submarine Warfare and Anti-Surface Warfare.

In parallel to the training activity, aircraft production is continuing. In January the auxiliary fuel tanks were completed by Marshall Aerospace & Defence Group in Cambridge and the keel of the first UK P-8, in Witchita, Kansas. Assembly of the aircraft then commenced in February with the fuselage competed at the end of March.