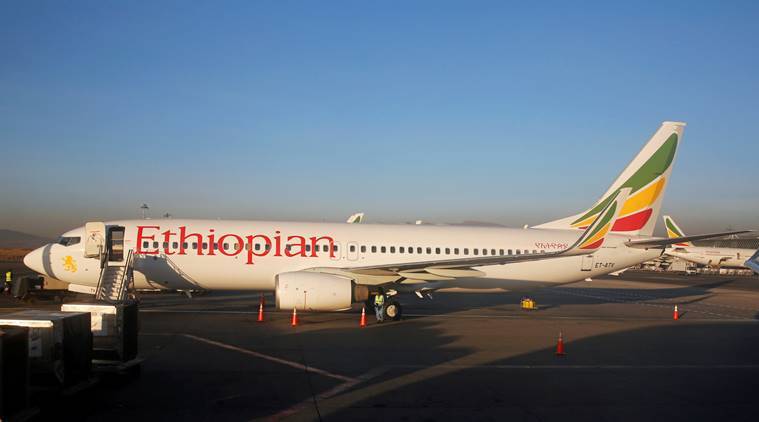 “Although we don’t yet know the cause of the accident, we had to decide to ground the particular fleet as an extra safety precaution”, the airline said.

Other airlines have suspended the operations of Boeing 737 MAX 8 aircraft in the wake of the crash that killed all 157 people onboard.

“While the cause of this sad loss is undetermined at this time, we stand by our commitment to putting the safety of our passengers and crew first by maintaining complete and safe operations, and as such, we have taken the decision to suspend operations of both our new Boeing 737 MAX 8 aircraft, effective from Monday March 11, 2019, until more information is received.”

Mr. Whorms said Cayman Airways is currently working in coordination with both the Boeing Corporation and the Civil Aviation Authority of the Cayman Islands (CAACI) to monitor the investigation into Ethiopian Airlines Flight 302.

Chinese aviation authorities have also ordered the country’s airlines to ground their Boeing 737 MAX 8 aircraft while the investigation continues.

South African airline Comair said it will continue to monitor the various investigations by the relevant authorities and are in close contact with both Boeing and the SACAA.

Similar information came from Norwegian Air Shuttle, as the European low-cost airline said it is in close dialogue with Boeing and follow both their and the aviation authorities’ instructions and recommendations.

“We are monitoring the situation and continue to be in touch with Boeing.  We remain confident in the airworthiness of our fleet. The safety of our passengers and crew is our first priority.”

American Airlines responded to a request for comment by saying:

“American Airlines extends our condolences to the families and friends of those on board Ethiopian Airlines flight 302. At this time there are no facts on the cause of the accident other than news reports. Our Flight, Flight Service, Tech Ops and Safety teams, along with the Allied Pilots Association (APA) and Association of Professional Flight Attendants (APFA), will closely monitor the investigation in Ethiopia, which is our standard protocol for any aircraft accident. American continues to collaborate with the FAA and other regulatory authorities, as the safety of our team members and customers is our number one priority. We have full confidence in the aircraft and our crew members, who are the best and most experienced in the industry.”

According to Boeing’s website, the following companies are or will be operating the Boeing 737 MAX:

When asked by the Aviation Tribune to comment on the grounding of the aircraft type by some airlines, Boeing spokesperson said:

“We have engaged our customers and regulators on concerns they may have and would refer you to them to discuss their operations and decisions. Safety is our number one priority and we are taking every measure to fully understand all aspects of this accident, working closely with the investigating team and all regulatory authorities involved. The investigation is in its early stages, but at this point, based on the information available, we do not have any basis to issue new guidance to operators.”

Aeromexico has decided to temporarily suspend the operation of its six Boeing 737 MAX 8 aircraft until more thorough information on the investigation of the flight ET302 accident can be provided.

Australia’s Civil Aviation Safety Authority has temporarily suspended the operation of Boeing 737 MAX aircraft to or from Australia.

Singapore based SilkAir has already temporarily suspended operation of its 737 MAX aircraft, and Fiji Airways is the only other operator that will be affected by the temporary suspension.

CASA is working with Fiji Airlines to minimise any disruptions and with regulators in Fiji and Singapore. Fiji Airways has two Boeing 737 MAX aircraft, as well as other aircraft types in its fleet that will be substituted for the 737 MAX.

CASA’s CEO and Director of Aviation Safety, Shane Carmody, said that in light of the two recent fatal accidents, the temporary suspension of Boeing 737 MAX aircraft operations was in the best interests of safety.

“This is a temporary suspension while we wait for more information to review the safety risks of continued operations of the Boeing 737 MAX to and from Australia.” Mr. Carmody said.

“CASA regrets any inconvenience to passengers but believes it is important to always put safety first.”

CASA is closely monitoring the situation and the suspension will be reviewed as relevant safety information becomes available from Boeing, the United States Federal Aviation Administration and accident investigators.

EASA Suspends All Boeing 737 MAX Operations in Europe. As a precautionary measure, EASA has published today an Airworthiness Directive, effective as of 19:00 UTC, suspending all flight operations of all Boeing Model 737-8 MAX and 737-9 MAX airplanes in Europe.

Singapore’s own air regulator also temporarily suspended operations of the Boeing 737 MAX aircraft, variations of which number 7 to 10, into and out of its airports.

Norwegian has 18 Boeing 737 MAX 8 aircraft in its fleet and will temporarily suspend operations from Tuesday, according to a press release. Tomas Hesthammer, Norwegian’s acting Chief Operating Officer, said: “safety will always remain our top priority.”

Fiji Airways has taken the decision to temporarily ground its fleet of Boeing 737 MAX aircraft until more information is known about the cause of the Ethiopian Airlines accident, issuing the following statement:

“We would like to stress that Fiji Airways, together with the Civil Aviation Authority of Fiji, continue to have full confidence in the airworthiness of the Boeing 737 MAX aircraft, and in the skilled and experienced Fiji Airways pilots and engineers who operate them.

“Since Fiji Airways commenced operating the Boeing 737 MAX in December 2018, the aircraft has proven to be reliable and efficient, and continuous flight data monitoring has not identified any issues that would give rise to a cause for concern.

“However, out of deference to the position taken by regulators in our region, and in response to the concerns expressed by the general public, both Fiji Airways and the Civil Aviation Authority of Fiji have agreed that the most appropriate course is to impose this temporary grounding. We will continue to monitor developments closely, and this decision will be reviewed in light of any new information.”

The FAA issued a Continued Airworthiness Notification to the International Community.

This message provides updated information regarding the FAA’s continued operational safety activities related to the Boeing Model 737-8 and 737-9 (737 MAX) fleet.

Situation description: On March 13, 2019, the investigations of the Lion Air Flight JT610 accident and the Ethiopian Airlines Flight ET302 accident, both involving Boeing Model 737-8 airplanes, developed new information indicating some similarities between the two accidents. Therefore, the FAA issued an Emergency Order of Prohibition that prohibits the operation of Boeing Model 737-8 and 737-9 airplanes by U.S.-certificated operators or in U.S. territory. The Order remains in effect.

In an earlier CANIC, issued on March 11, 2019, the FAA provided information regarding Boeing’s development of flight control system changes to address the Lion Air accident. The FAA is aware that Boeing is developing a Service Bulletin that would specify the installation of a new flight control computer operational program software. Boeing has also developed flight crew training related to this software. The FAA’s ongoing review of this software installation and training is an agency priority, as will be the roll-out of any software, training, or other measures to operators of the 737 MAX.

The information provided through this CANIC is based on the information currently available to the FAA. The FAA will also continue to analyze any information discovered during the investigation of Flight ET302 as it becomes available to the agency. The cockpit voice recorder (CVR) and flight data recorder (FDR) information have been downloaded from the units and are in possession of the Ethiopian authorities. Understanding the circumstances that contributed to this accident is critical in developing further actions and returning aircraft to service.

The FAA expects to receive Boeing’s final package of its software enhancement over the coming weeks for FAA approval. Time is needed for additional work by Boeing as the result of an ongoing review of the 737 MAX Flight Control System to ensure that Boeing has identified and appropriately addressed all pertinent issues. Upon receipt, the FAA will subject Boeing’s completed submission to a rigorous safety review. The FAA will not approve the software for installation until the agency is satisfied with the submission.