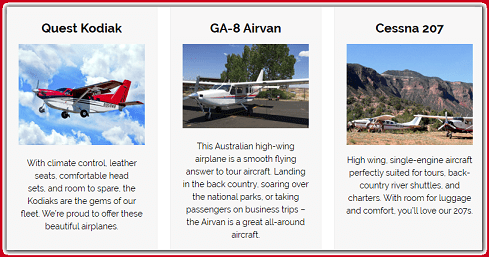 The U.S. Department of Transportation’s Federal Aviation Administration (FAA) proposes a $161,500 civil penalty against Redtail Air of Moab, Utah, for allegedly operating an aircraft on more than 100 flights when it was not in an airworthy condition and for allegedly failing to perform maintenance on the damaged area of the aircraft.

On December 15, 2017, the FAA inspected a Redtail Cessna 207 and found dents on the horizontal stabilizer. The FAA inspector notified Redtail that the dents appeared to be excessive for safe flight and advised the company it should inspect the damage using the Cessna Service Manual.

Redtail operated the aircraft on three more for-hire flights until January 1, 2018, when the company inspected the damage, considered it to be “negligible” and approved the aircraft for return to service without performing any repairs, the FAA alleges.

On March 7, 2018, the FAA reassessed the damage to the horizontal stabilizer using the Cessna Service Manual and found it was badly damaged due to multiple dents that had displaced metal and were larger than two inches in circumference. The Service Manual considered damage of this size not to be “negligible” and required the skin to be replaced. The damaged skin made the aircraft unairworthy.

The FAA alleges the company used the plane on approximately 137 for-hire flights between January 1, 2018, and March 8, 2018, when it was not in an airworthy condition.

Redtail has been in communication with the FAA about the case.