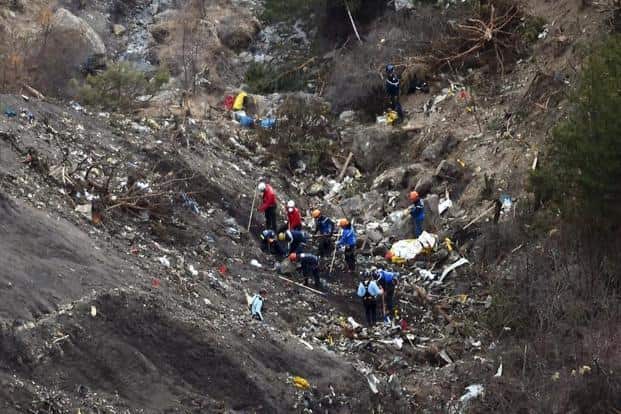 By Ania Nussbaum, Angeline Benoit and Andrea Rothman (Bloomberg). Pilots with mental health issues shouldn’t enjoy the same privacy rights as other people because of the threat posed to passenger safety, according to the final report into last year’s Germanwings crash that killed 150 people when a jet was deliberately flown into a French mountainside.

Authorities should re-examine how pilots are monitored and assessed, and consider forcing medical practitioners to share any concerns with airlines in instances where the safety of passengers is at risk, the BEA, France’s air accident investigator, said in the study published Sunday.

The report confirmed that pilot Andreas Lubitz flew the Airbus Group SE A320 into the ground after locking his captain out of the cockpit during a toilet break. It was later revealed that Lubitz was suffering from psychological problems that weren’t fully apparent to his employer because of privacy laws designed to encourage people to consult doctors without fear for their jobs.

Rules should be defined to “require health-care providers to inform appropriate authorities when a patient’s health is very likely to impact public safety, while still protecting patients private data from unnecessary disclosure,” France’s BEA said in a statement handed out to reporters in Le Bourget, near Paris.

“It might be useful to regularly evaluate the mental health of pilots with an identified history of mental illness,” the BEA also said in the statement. However it ruled out in-depth psychological testing of all pilots to detect serious mental illness, saying it would be “neither productive nor cost effective.”

The BEA had already provided a minute-by-minute analysis of the crash in an interim report in May. The plane’s black boxes showed that the captain left the cockpit as the jet bound for Dusseldorf from Barcelona reached a cruising height of 38,000 feet; once alone, Lubitz changed the selected altitude to 100 feet — well below the mountainous terrain ahead.

During a “continuous and controlled descent” spanning 10 minutes, ground controllers failed to contact the plane in 11 attempts on three frequencies. The French military also failed to get through, as did the crew of another aircraft.

The captain was outside the cockpit for more than four minutes before seeking readmission. When Lubitz failed to open the door he sought four times to contact him using an intercom system, before resorting to “violent blows” as the situation became desperate.

In the cockpit, the voice recorder revealed sounds of controlled and steady breathing until a few seconds before impact.