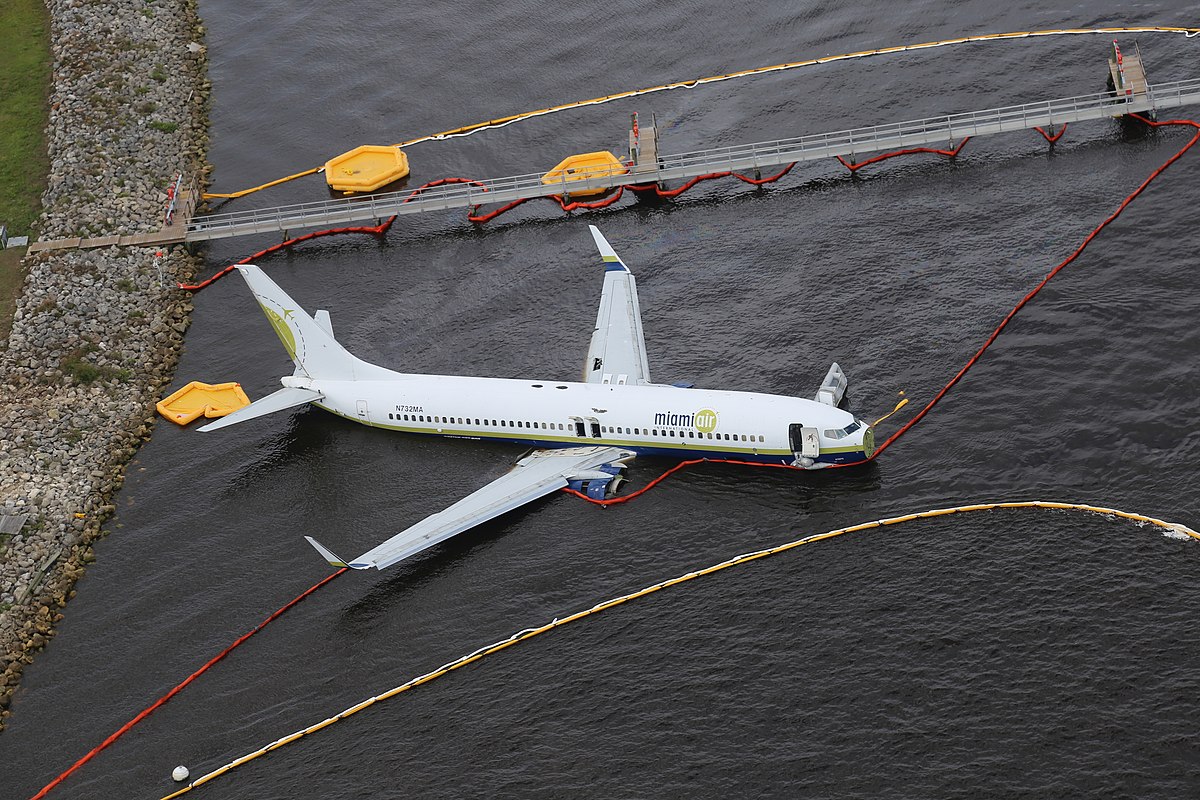 Miami Air International confirmed it was notified of an incident involving Flight BSK293 on Friday, May 3, 2019, at approximately 9:55 pm EDT.

Miami Air International confirmed it was notified of an incident involving Flight BSK293 on Friday, May 3, 2019, at approximately 9:55 pm EDT.

The flight was a military charter operation which departed Guantanamo Bay, Cuba to Jacksonville, Florida.

Upon landing at approximately 9:42 pm EDT, the aircraft slid off the end of the runway into the St. Johns River.

According to the Jacksonville Fire and Rescue, 21 individuals were transported to local hospitals due to minor injuries.

“Miami Air International is providing support to the passengers, crew and their families that were affected by this accident,” the airline said in a statement.

The aircraft, a Boeing 737, was manufactured in 2001 and had last been through a scheduled maintenance check which was completed on 1 May 2019.

“Miami Air International has notified the Federal Aviation Administration (FAA) and National Transportation Safety Board (NTSB) and is cooperating with the authorities on the investigation. We would like to thank all the responding agencies for their support especially, the men and women of the Jacksonville Fire and Rescue,” the airline added.