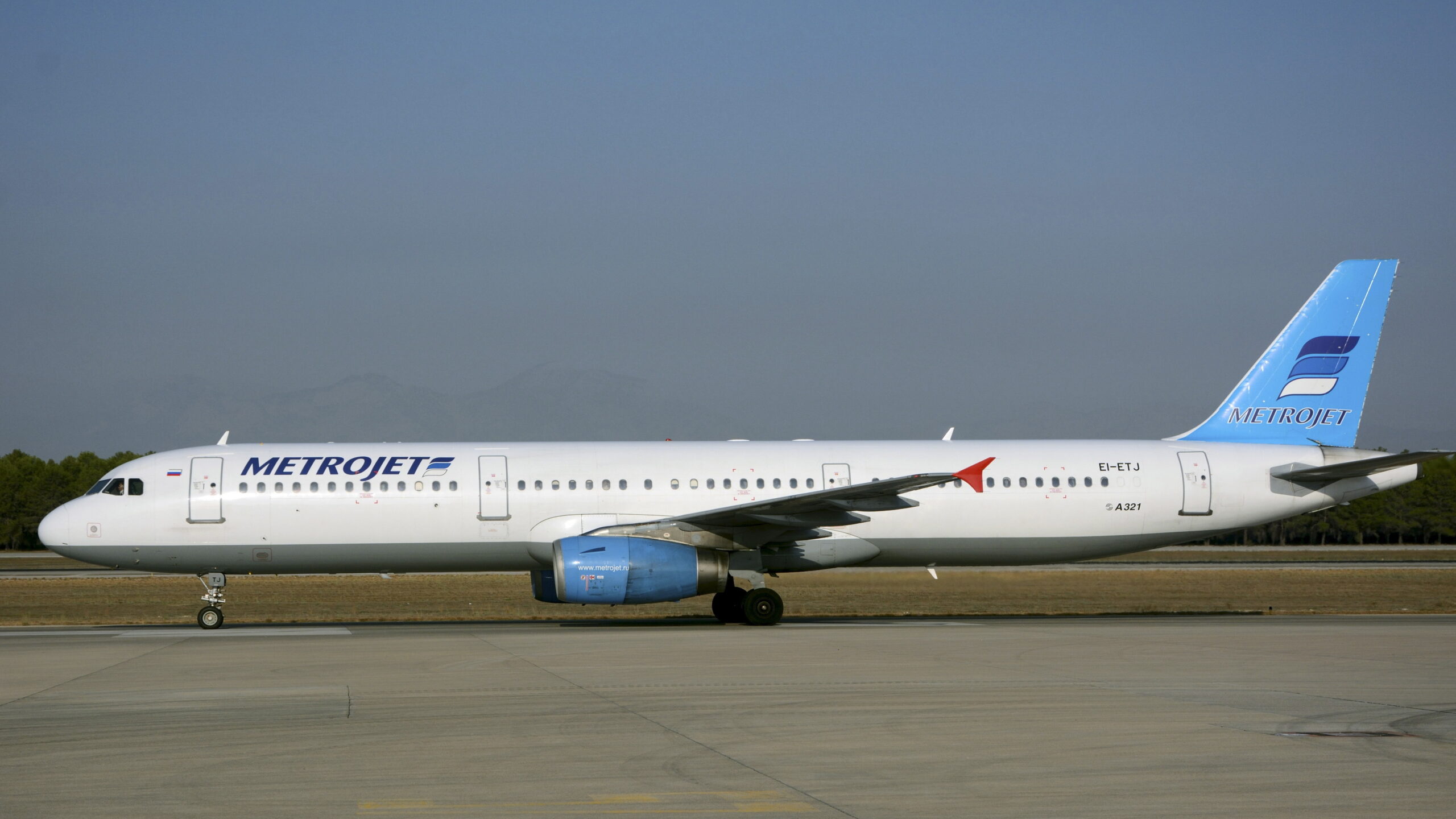 A Metrojet (former Kogalym Avia, Kolavia) Airbus A321-200, registration EI-ETJ performing flight 7K-9268 from Sharm el Sheikh to St. Petersburg with 217 passengers and 7 crew onboard, was flying over the Sinai Peninsula when the aircraft disappeared from radar.

Initially there were conflicting reports about the fate of the plane, some suggesting it had disappeared over Cyprus. But the office of Egyptian Prime Minister Sharif Ismail confirmed in a statement that a “Russian civilian plane… crashed in the central Sinai”. Wreckage of the aircraft was later located in mountaineous terrain near Al-Arish, the office of Egypt’s prime minister has confirmed.

Rosaviatsia, the Russian aviation authority, said in a statement that flight 7K-9268 left Sharm el-Sheikh at 06:51 Moscow time (03:51 GMT) and had been due into St Petersburg’s Pulkovo airport at 12:10.

Metrojet, is an airline based in Kogalym, Tyumen, Russia. It started operations in May 1993 and mostly operates international charter services to leisure destinations.

Safety databases show a clean record for the airline since January 2011, when a fire broke out on one of the engines of a Tupolev Tu-154B-2, tail number RA-85588, before taxiing. The aircraft had 116 passengers and 8 crew on board, and was due to operate Flight 348, from Surgut to Moscow. It was evacuated seconds before the flames engulfed the fuselage. Three people were killed and 43 passengers resulted injured. Russia’s Ministry of Emergency Situations stated that the initial investigations pointed towards an electrical short circuit being the cause of the fire, which started in the central area of the fuselage, ahead of the rear-mounted engines.

The aircraft involved in the accident, registered under EI-ETJ was MSN (Manufacturer Serial Number) 663, was produced in 1997 and since 2012 operated by Metrojet. The aircraft had accumulated some 56000 flight hours in nearly 21000 flights. It was powered by IAE-V2500 engines.