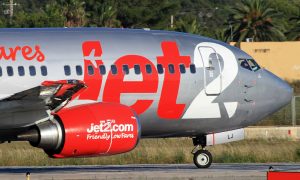 Jet2 members of pilots’ union British Airline Pilots’ Association (BALPA) said it would like to see the airline recognize the need for improved work-life balance through fairer rostering patterns, rather than a pay rise.

Members of BALPA are telling Jet2 that the current individual impact on pilots’ wellbeing, fatigue and associated health issues is unsustainable.

In what might be seen as an unusual move by a union, the Jet2 pilot union representatives have launched a campaign ‘Not a penny more, not an hour less’ to show the company that, rather than pay, roster disruption and increased fatigue are now crucial issues that must be addressed. Pilots are seeking to improve the way in which rosters are managed and allocated.

BALPA is of the view that Jet2 pilots should have meaningful protections on their rosters because of the current, more permissive, European flight time limitations rules, which BALPA believes for some airlines can be seen as targets and not limits.

The pilots association believes that these rostering practices are not sustainable in the long run and could have a detrimental effect on pilots’ health and wellbeing.

“BALPA recently wrote to Jet2 management to offer to work collaboratively with them on scientific fatigue analysis using our in-house experts. Jet2 refused to say that, although they take safety ‘extremely seriously’, they ‘do not wish, and are not obliged, to engage with BALPA on these matters’. We are concerned that this attitude in response to a genuine offer is sadly indicative of Jet2 management, and ultimately counter-productive.

“Jet2 pilots feel loyal to the company but are becoming increasingly frustrated at the way in which their shifts are rostered, and often subsequently changed, particularly in the summer months, which we believe is unsustainable.

“This is why pilots are saying that, for this year’s pay claim, they would actually be happy to keep pay the same but urge the company to review rostering.

“We appeal to Jet2 to listen to the pilots’ representative body now – to listen to its pilots – and implement the demand for basic roster protections that protect the health of our members during the busy summer season or the airline could face the potential risk of significant pilot fatigue and health issues.”

“BALPA is aware of the considerable efforts being made by Jet2.com to continuously improve our pilots’ roster stability, proactively reduce the risk of any fatigue, and generally support their welfare.

“We take such topics extremely seriously and therefore take expert independent advice on these matters and engage directly with all our pilots on a regular and constructive basis. Prior to and at a recent meeting with Balpa, we informed them of rostering improvements we have introduced for this summer and the considerable number of extra pilots that have been recruited over and above our operational requirements for this year and who will be allocated to each of our nine UK bases. This will improve everyone’s rosters and work-life balance in the face of increasingly common Air Traffic Control disruptions and other challenges.

“Although BALPA refer to rostering being a priority over and above pay, we believe our pilots should benefit from improvements in both, and we have proposed an increase in pay for pilots this year which when added to an exceptional increase in October would mean a 9% pay rise within the past year.”