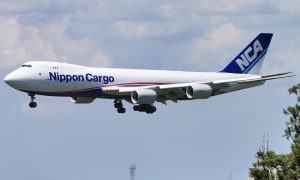 Cargolux announced that it signed a cooperation agreement with Nippon Cargo Airlines (NCA) today that allows both partners access to each other’s capacity through code-share and space swap agreements.

As per today’s agreement Cargolux plans to operate a weekly flight from Luxembourg to Tokyo Narita. Cargolux Italia will stop its operations to Narita but will maintain its services to Osaka (Kansai). The code- share operation is planned to start with the summer season 2018. Both airlines consider the agreement as a first step towards a potentially deeper cooperation.

In addition to this opportunity to develop its activity at Narita, Cargolux also intends to further develop our operations through Komatsu. Together with Cargolux Italia’s operations to Osaka, Cargolux is well placed to provide its customers with comprehensive services to and from Japan.