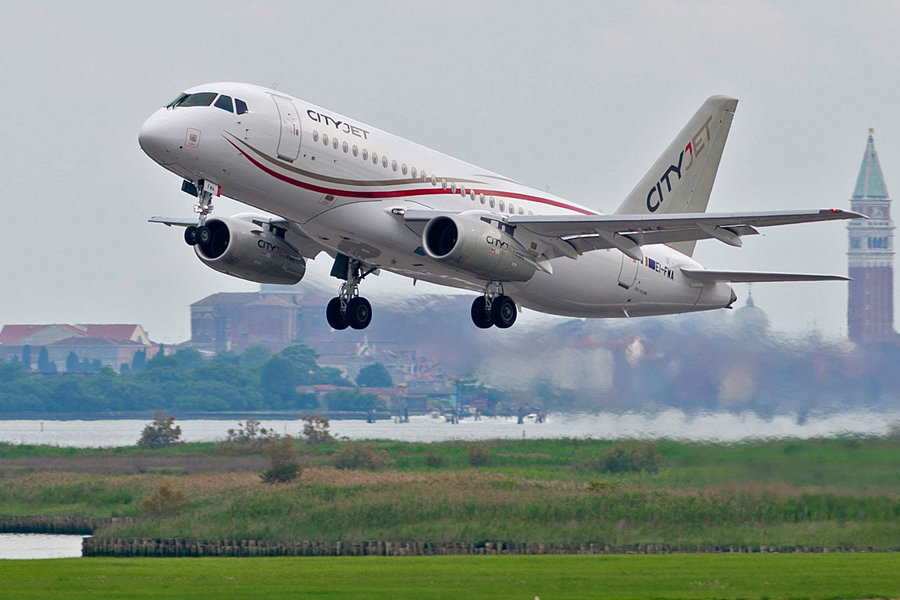 On May 8, 2017, Irish regional airline CityJet took delivery of its fifth Sukhoi Superjet 100, from an order for fifteen aircraft that the airline placed in October 2015.

In addition to using the SSJ100 on its own services, the Irish airline also operates the aircraft on wet lease services on behalf of other airlines, where it provides the aircraft, crews and maintenance services for customer airlines.

The latest aircraft, registered EI-FWE, will be operated by CityJet on behalf of Brussels Airlines as part of a wet-lease agreement and will become the third aircraft of this type operating for the Belgian airline.

The CityJet aircraft are delivered in a 98-seat configuration with an exclusive Pininfarina interior developed by the Italian design-bureau. The SSJ100 features five-abreast seating with a 32 inch seat pitch.

“After performing its first commercial flight on SSJ100 in June 2016, CityJet became the first European operator of this aircraft type. We are delighted to see another Sukhoi Superjet 100 to join the airline’s fleet and we are planning to deliver three SSJ100 more by the end of 2017 to support CityJet plans for development”.