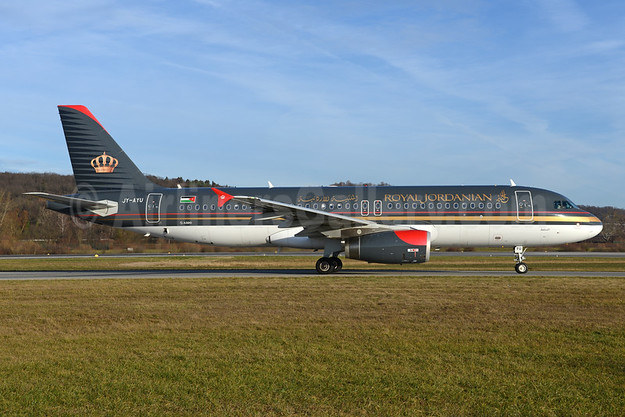 Royal Jordanian President and CEO Stefan Pichler presented the airline’s financial and operating results for the first half of 2019.

Royal Jordanian President and CEO Stefan Pichler held a press conference at the head office in which he presented the airline’s financial and operating results for the first half of 2019.

The results show significantly improved key performance indicators and a growth in the gross profit and net operating profit, progress achieved because of the measures taken as stipulated in the turnaround plan that the company has been implementing since the second half of 2017.

The CEO said that in the first six months of 2019, Royal Jordanian flights saw a 1% increase in the number of passengers, compared to the same period of 2018, and a seat load factor that grew from 72.8% during the said period last year to 73.1%.

He pointed out that the increase in revenues, and the lower costs and 5% lower fuel bill led to registering JD3.4 million profit from continuing operations against JD(11.1) million loss for the comparison period. RJ also recorded a JD52.2 million gross profit against JD34.8 million in the first half of 2018, a 50% increase. Thus, the airline registered a JD1.5 million net profit after tax in the first half of this year, against a net loss of JD(12.7) million in the same period of last year.

Pichler attributed the improved results, year after year, to the hard work and dedication of all employees who endeavored to reduce expenses and improve revenues, and to the company’s enticing offers throughout the year, which proved attractive to travelers. Royal Jordanian staff also strove to improve ground and air services, enhance online sales of tickets and various other products and travel extras offered to travelers by Royal Jordanian, in addition to improved services in air freight and incentives to members of the frequent flyer program.

Online sales grew from JD39.8 million in the first half of 2018 to JD40.2 million in the same period this year. Sales of travel extras increased by 17%, from JD8.5 million to JD10 million, and the revenue of the loyalty program grew by 44%, whereas the Cost per Available Seat-Kilometer (CASK) decreased by 3%.

Pichler expressed great satisfaction with the continued progress of the operational and financial performance indicators, a progress that the company has been witnessing for over two years, and stressed that the company witnesses high demand on travel aboard Royal Jordanian flights during the summer season. To cope with the increase, the airline is operating hundreds of extra flights in the busy summer months.

The CEO expressed optimism that Royal Jordanian will end 2019 with net profits and will further enhance its competitive position, which means a better future for the national carrier of Jordan.