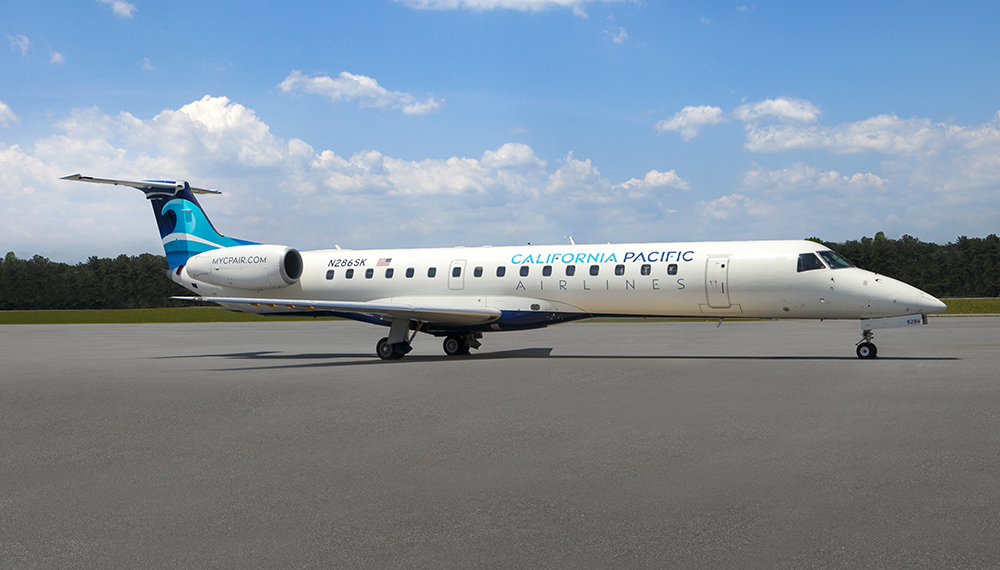 California Pacific Airlines which earlier this week announced the details of its inaugural west coast service, today announced it will add Phoenix-Mesa, Arizona to its growing list of destinations served from its base of McClellan – Palomar Airport in Carlsbad, California.

California Pacific Airlines service to the Phoenix metro area will commence November 15, 2018. The airline will be announcing additional western routes in the near future.

“We had hoped to announce service to the Phoenix metro area in Monday’s press release, but there were a few details that remained to be worked out,” remarked California Pacific Airlines EVP and COO Mickey Bowman. He continued, “Those issues were resolved and we are delighted to announce this November 15 addition to our inaugural schedule. Similar to our base in Carlsbad, the Phoenix-Mesa Gateway airport offers no hassle, easy access to the Valley of the Sun from a fantastic facility in the east suburbs.”

“Phoenix-Mesa Gateway Airport is pleased to add California Pacific Airlines to its growing list of domestic and international air carriers”, said Executive Director J. Brian O’Neill, A.A.E. “The Carlsbad area is an extremely popular destination for residents across Greater Phoenix. We are confident that this new nonstop service on California Pacific Airlines will be very successful.”