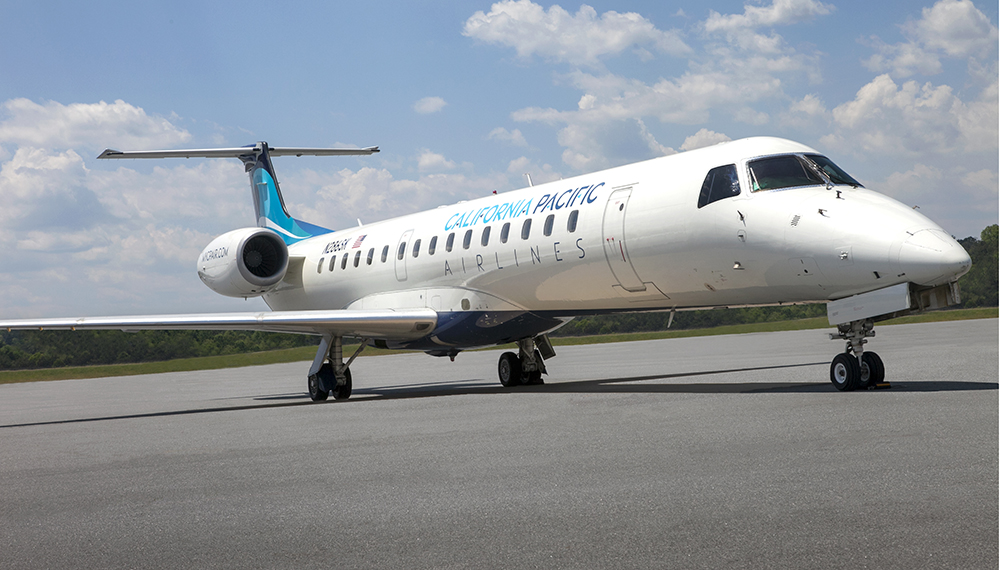 Flying from its base at the McClellan – Palomar Airport in Carlsbad, California, the new airline will initially offer service to the communities of San Jose and Reno-Lake Tahoe.

On November 15th California Pacific Airlines will add service to Las Vegas. It will also be announcing additional western routes in the near future.

“Today’s announcement marks the culmination of a multi-year effort that will bring significant convenience in air travel between San Diego’s North County and the top Western-Region destinations our community wants to fly to nonstop,” remarked California Pacific Airlines Chairman Ted Vallas. He continued: “California Pacific Airlines will bring the north county a new-found convenience in air travel options. Our initial set of cities will address the needs of both business and leisure travelers from nearby McClellan – Palomar Airport. Passengers can spend less time fretting the drive to and from the airport, and spend more time enjoying their destination.”

“We are extremely pleased to be one of three launch airports for California Pacific Airlines and the convenient, nonstop service it will offer to travelers between San Diego North County and Silicon Valley,” said Mineta San Jose International Airport’s Director of Aviation John Aitken. “Our community will warmly welcome scheduled flights to the Carlsbad, California area, an in-demand destination for both tech and tourism. We appreciate California Pacific’s investment in offering convenience for our local business and leisure travelers.”

The initial flight schedule between Carlsbad and San Jose, effective November 1st, will consist of two round trips each week day with a single round trip each Saturday and Sunday.

The initial flight schedule between Carlsbad and Reno – Lake Tahoe, effective November 1st, will consist of a single round trip each Monday, Wednesday, Friday and Sunday.

The initial flight schedule between Carlsbad and Las Vegas, effective November 15th, will consist of a single round trip Sunday, Tuesday and Thursday.

California Pacific Airlines service is operated by Aerodynamics (ADI), a certified FAA 121 Air Carrier offering scheduled flights and large aircraft operations. ADI has safely and securely served the aviation industry for 58 years and operates a fleet of 50-seat regional jets throughout the U.S