The livery showcases the artwork of the late Northern Territory artist and senior Anmatyerre woman, Emily Kame Kngwarreye. Based on her 1991 painting, Yam Dreaming, the design depicts the culturally significant yam plant, an important symbol in Emily’s Dreaming stories and a staple food source in her home region of Utopia, 230km north-east of Alice Springs.

The aircraft touched down in Alice Springs shortly after dawn following a 13,000km journey from Boeing’s Seattle facility and was warmly received by members of Emily’s family, who were joined by government officials and local community members. 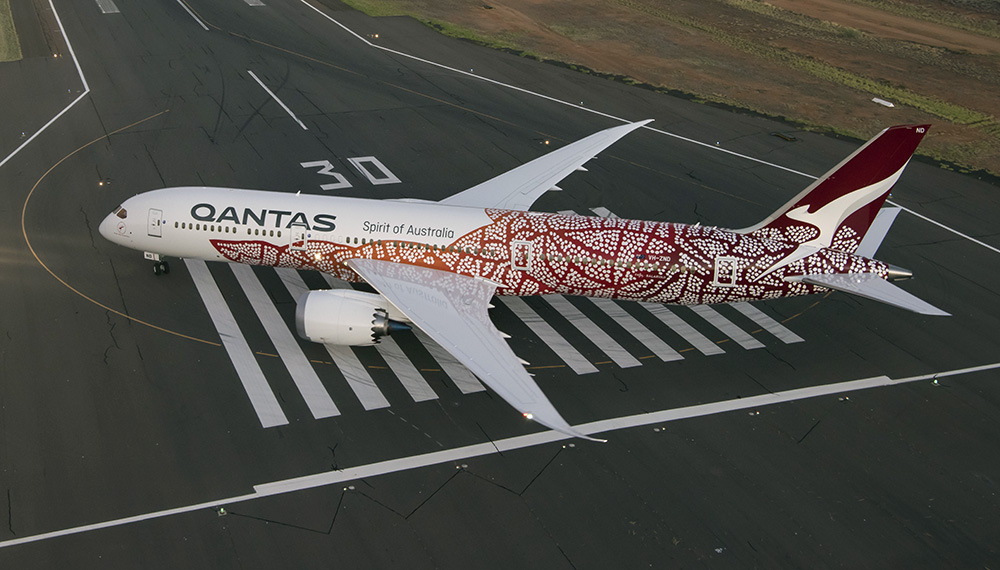 Qantas Group CEO Alan Joyce said it was an honor to be in Alice Springs to receive the airline’s newest Dreamliner with Indigenous livery.

“It is a privilege to welcome home this special aircraft together with Emily’s family, close to her home Country. We’re thrilled to showcase her striking artwork on our newest Dreamliner.

“As the aircraft enters our international fleet, we believe this Dreamliner, through color and image, will tell a story of our unique Australian landscape and, by sharing our Indigenous culture with the world, the important story of reconciliation,” said Mr. Joyce.

Registered as VH-ZND, this aircraft carries the fifth design in the Qantas Flying Art Series which started more than 20 years ago and is the only one dedicated to international flights.

It will fly several domestic services for crew familiarisation before it enters service on international routes in late March.
The aircraft is the fourth Dreamliner to enter the Qantas fleet, following the arrival of Great Southern Land, Waltzing Matilda and Quokka.