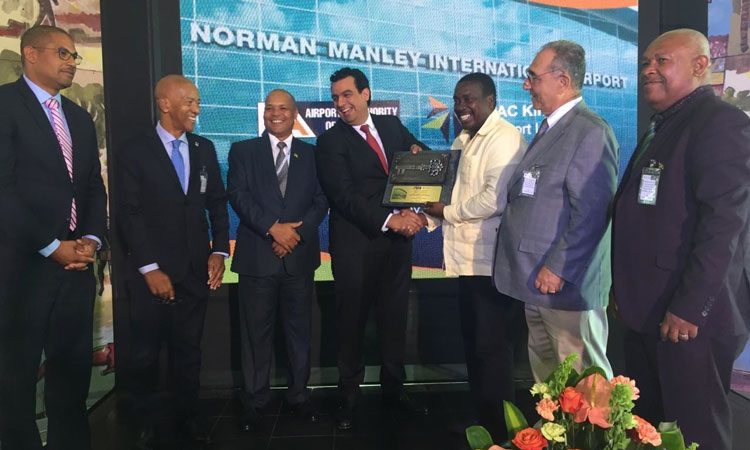 GAP is a Mexican corporation that operates thirteen international airports in large metropolitan areas, industrial centers, and world-class leisure destinations of Mexico and Jamaica. In the last 18 years, the Group has invested over $1.2 billion US Dollars in the airports, positioning itself as one of the fastest growing airport groups of its size in the world. During 2017, the airports of the Group managed 40.7 million of passengers.

In April 2015, Grupo Aeroportuario del Pacifico assumed operational control of Sangster International Airport in Montego Bay, investing over 191 million US Dollars to acquire a 74.5% stake in this airport. This was the largest investment of the Group outside Mexico.

GAP has developed a culture committed to customer service. One of the main objectives of the Group once it takes control of the operations of the Norman Manley International Airport next year, will be to improve the infrastructure and equipment to fulfill passengers’ needs.

Grupo Aeroportuario del Pacifico, manages airports based on establishing strong partnerships with the airport owner, the passengers, the airlines, business developers, members in the air transportation industry and notably, with the local authorities.

“We will collaborate with the government of Jamaica in identifying tourism development opportunities and possible investors from Mexico; as well as explore potential growth for new resorts, tourism facilities and time-share business in parts of the country where the connectivity provided by the airport could be a catalyst”, mentioned Raul Revuelta, Chief Executive Officer of the Group during the ceremony in which participated Hon. Robert Montague, Minister of Transport & Mining.

Grupo Aeroportuario del Pacifico (GAP) is a Mexican company that operates 13 international airports in the Pacific and Central Regions of Mexico and in the Caribbean.

In Mexico, the airports are owned by the Mexican government and were assigned 50-year concessions as part of a national initiative to privatize and improve the quality and safety of the country’s airport services. In the last 18 years, GAP has invested over $1.2 billion USD in the airports. During 2017, the airports of the Group managed 40.7 million passengers.