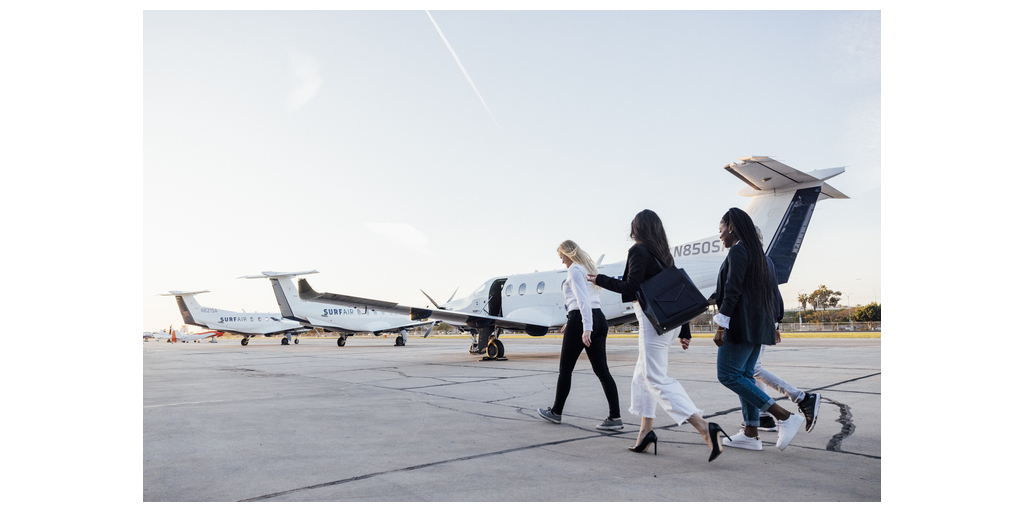 Consolidation immediately adds five cities to the Surf Air network and fuels next phase of the travel disruptor’s expansion across the U.S. and Europe

This consolidation will establish Surf Air’s presence in both California and Texas, bringing the total number of weekly flights to 445, across 17 destinations.

The monthly subscription flight sharing model, pioneered by Surf Air in 2013, bridges the gap between commercial and private flying and provides an economical and efficient solution to the increasingly chaotic air travel experience. Through offering high-frequency flyers the option to access private airplanes and terminals on scheduled daily flights, Surf Air and RISE have created a model that is both affordable for existing users of regional, commercial airlines and offers the comfort, time savings, and premium experience of flying privately.

Since inception, both Surf Air and RISE have experienced escalating demand for increased service, flights and destinations. To date, Surf Air and RISE have – combined – flown 69,383 flights and 203,908 passengers. By integrating the platforms and creating seamless connections between the networks, existing Members of both providers will see immediate benefits with expanded access to the existing “all-you-can-fly” monthly membership model.

“For nearly five years we have been drastically and fundamentally changing the way frequent business travelers in California fly,” said Sudhin Shahani, chairman and CEO of Surf Air. “Before Surf Air, professionals throughout California wasted hours traveling through commercial airports, waiting in security lines, and stealing precious time from business and family. Today, the all-you-can-fly membership model is here to stay by taking frequent flyers off commercial airlines across major short-haul business cities and onto an easier way to travel. Our current routes from the Los Angeles to San Francisco areas already corner one of the largest short-haul markets in the country, now, with our acquisition of RISE, we’re taking a significant step into expanding this footprint across the South-Eastern U.S. through the substantial operation already established by RISE in Texas.”

As part of the agreement, the RISE brand will transition to Surf Air and a new fleet of Surf Air aircraft will be brought to Texas to fly the scheduled RISE routes between Dallas, Austin, Houston, and San Antonio. Surf Air’s corporate and operational headquarters will remain in Santa Monica, maintaining a significant presence in Dallas with RISE founder and CEO, Nick Kennedy, taking the role as President of the Texas and South-East region for Surf Air, reporting to Shahani.

“RISE was founded in 2014 to give frequent business travelers more of the most valuable commodity in the world – time. Since we first took to the skies, we have saved our Members more than 45,000 hours through the elimination of airport hassles. By joining forces with Surf Air, we’ll be able to reach even more frequent business travelers and those simply looking to travel better with more flights to more destinations, including – eventually – creating a direct connection between the Texas and California networks, which is a total game changer.”

To more rapidly expand this community of exclusive travelers, Surf Air recently outsourced its regulated flight operations in California – an updated model for the air travel provider – allowing for quick replication and scalability globally by leveraging local operators with existing infrastructure in each market Surf Air enters. These established operators will operate Surf Air’s fleet, giving the company room to focus on amplifying its technology-driven membership and subscription platform in new markets this year, including the upcoming expansion into Europe this summer.

The membership airline will also start Monday through Friday service between Texas and California this year, offering customers in each market an effortless way to connect between regions.