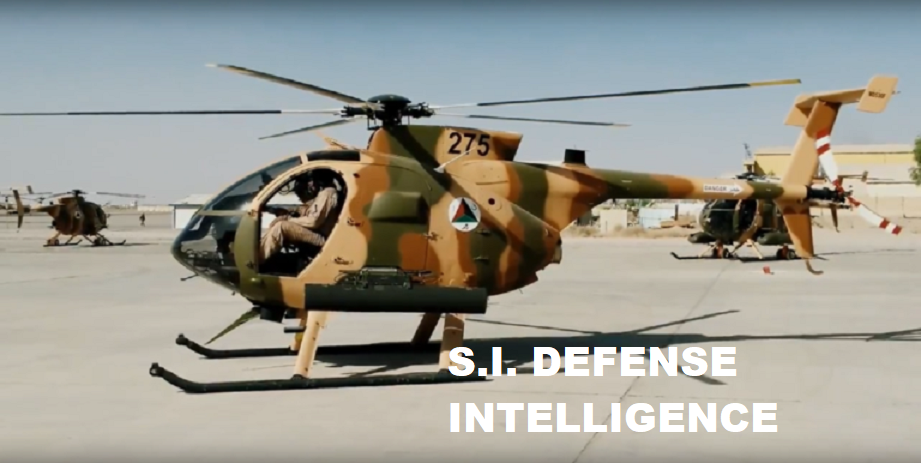 Ordered against MDHI’s 5-year, $1.4 billion IDIQ, these aircraft are the first of 30 new MD 530F Cayuse Warrior helicopters that will join the AAF Aviation Unit this year. Delivered in less than 10 months from the September 2017 contract award, the first five aircraft reached Kandahar on August 8, 2018, and were readied for active service in less than 10 days.

“It is an honor to deliver these first five of 30 new Cayuse Warrior aircraft to the Afghan Air Force in support of their vigilant efforts to protect their country and their citizens in the global fight against terror,” said Lynn Tilton, Chief Executive Officer for MD Helicopters. “As a proud American manufacturer of the world’s most beloved airframe, our respect for the warfighter and our commitment to delivering effective and efficient attack helicopter solutions is unmatched.”

These aircraft are the first of a new generation of MD 530F Cayuse Warriors with MDHI’s newly certified glass cockpit that includes:

Mission Equipment enhancements for the MD 530F Cayuse Warrior also consist of a ballistically tolerant crashworthy fuel system, including both the main fuel tank and a 38-gallon Auxiliary Fuel Tank.

“The MD 530F Cayuse Warrior has played a critical role in creating an effective, efficient, and sustainable air force in Afghanistan,” Tilton concludes. “It has been a proven performer in support of training and combat operations since joining the Afghan fleet, and has evolved to become the standard for light scout attack helicopter solutions worldwide.”

Remaining aircraft deliveries on this initial Contract Delivery Order are on track to be complete well in advance of the September 2019 contract date.