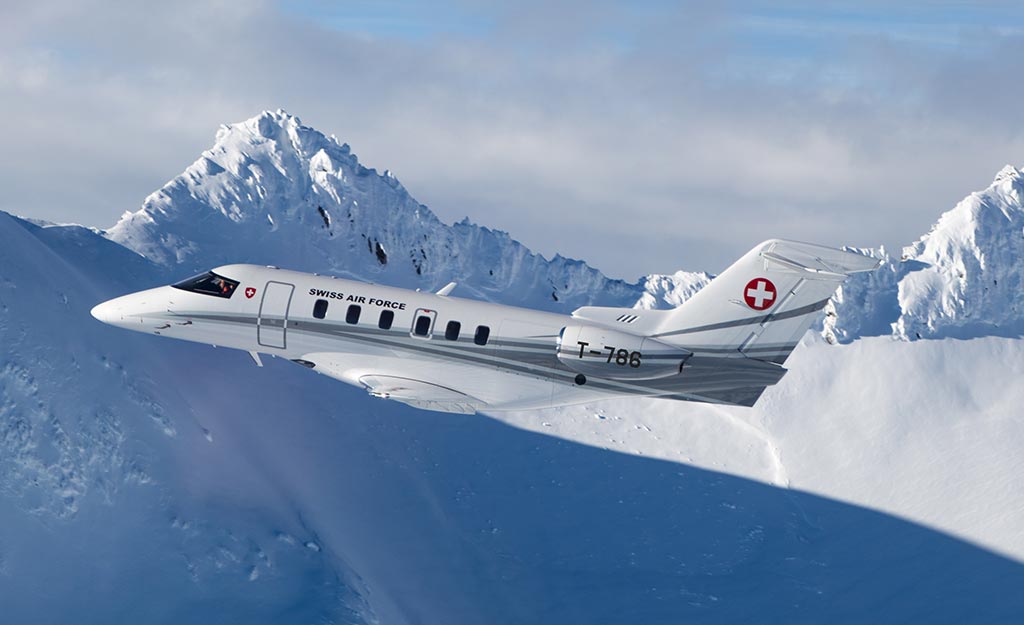 The Swiss government officially took delivery of the Pilatus PC-24 ordered in 2014 on 18 February 2019.

Ueli Maurer, President of the Swiss Confederation, took delivery of the PC-24 at a simple handover ceremony held in Berne.

The Swiss Air Force will operate the aircraft for the Swiss government. The government jet sports a modern, white-grey livery with the striking Swiss cross on the tail fin plus the words “Swiss Air Force”. The aircraft serial number is 121, indicating that it is the 21ST PC-24 to come off the production line. It’s military registration is T-786.

“I’m delighted the Swiss government opted for a Swiss product, and will travel aboard the PC-24 – the new ‘Swiss Air Force One’ – in the future! This choice sends a very important signal for our brand-new business jet. I’m confident that other governments will adopt the PC-24 once they see the unrivaled opportunities and flexibility which it offers”, commented Pilatus Chairman Oscar J. Schwenk.

The generous cabin with flat floor offers sufficient space for eight passengers plus crew and luggage. In addition to the spacious cabin and speed, government passengers will also enjoy other benefits such as the large cargo door fitted as standard and the jet’s ability to use very short runways. In other words, the Swiss Federal Councillors can now fly closer to their final destination, thereby saving precious time.

The aircraft will be used primarily for travel within Europe. The PC-24 has a range of 2,000 nautical miles (3,704 kilometres) and flies at a speed of 440 knots (815 kilometres per hour). The PC-24 is much less expensive to operate than jets of similar cabin size.

Pilatus is proud and thanks the Swiss government for its confidence in the brand-new Swiss business jet by Pilatus.