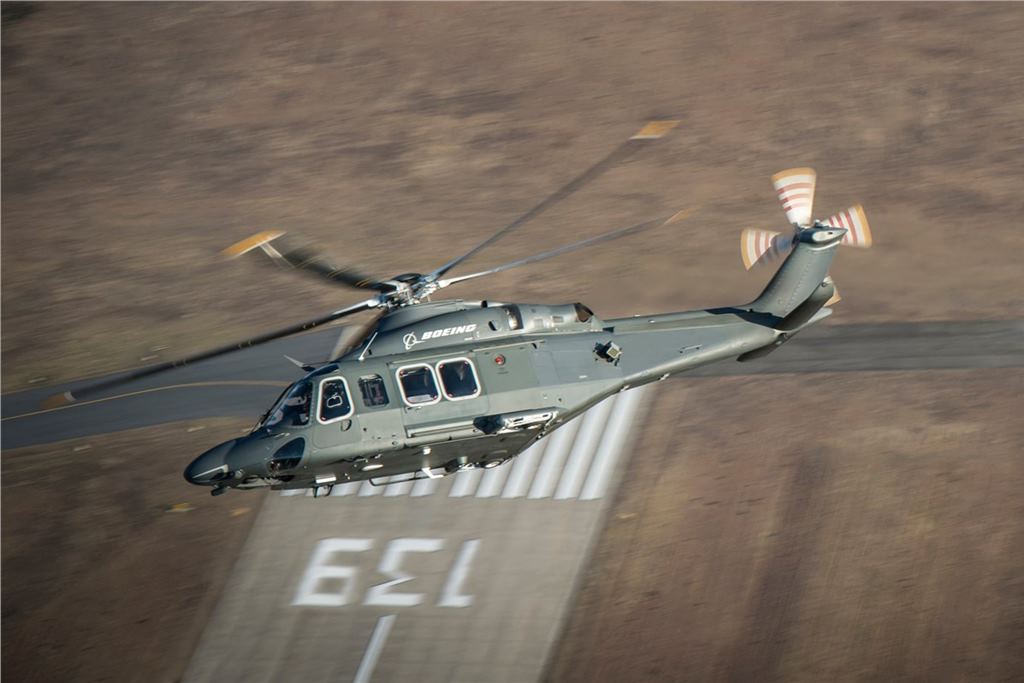 The United States Air Force selected the MH-139, based on the Leonardo AW139 and offered by Boeing as prime contractor, to replace its fleet of UH-1N “Huey” helicopters.

The programme awarded today is valued at $2.4 billion for up to 84 helicopters, training devices and associated support equipment. With initial operational capability expected by 2021, the aircraft will take over the role of protecting the nation’s intercontinental ballistic missile bases and the transportation of U.S. government and security forces.

“We are extremely proud of this outstanding result. Major customers continue to rely on Leonardo to meet the most stringent requirements like the critical mission of protecting missile bases and transporting government personnel and special forces. This selection is also the testament to Leonardo as a strong, reliable partner and long-established contributor to the US industry.”

The MH-139 leverages the market-leading Leonardo AW139 baseline, a modern, non-developmental, multi-mission helicopter that is in service worldwide and has already demonstrated its capabilities in protecting critical infrastructures and transporting military and government representatives in various nations.

The MH-139 derives from the Leonardo AW139, which is used by more than 270 governments, militaries and companies worldwide. Leonardo will assemble the helicopters at its northeast Philadelphia plant, with Boeing integrating military-specific components at its facility south of that city.

“Today’s announcement is a strong recognition of the world-class quality and competitiveness of our product to meet the most demanding needs of leading customers.”

The MH-139 is the right-sized aircraft for the mission, exceeds the Air Force’s speed, payload, range, armament and survivability requirements for protecting ICBM bases, and is perfect for VIP transport. The type features modern design and the best level of affordability with a savings of $1 billion in acquisition and lifecycle costs over the life of the fleet. The AW139 is assembled at the Leonardo northeast Philadelphia plant, with additional components to be integrated into the military MH-139 at the Boeing Philadelphia facility in Ridley Township, Pa.

“We are happy that the U.S. Air Force has selected our team to deliver a new fleet of Philadelphia-built MH-139s. Our Air Force deserves the best tools; this is the right helicopter for their mission. The more than $125M investment made by Leonardo in the Philadelphia facility demonstrates that we are fully prepared to execute in support of this contract. We look forward to working with Boeing on this programme and we’re committed to deliver according to expectations of the prime contractor, the US Government and taxpayers.”

“We’re grateful for the Air Force’s confidence in our MH-139 team.The MH-139 exceeds mission requirements, it’s also ideal for VIP transport, and it offers the Air Force up to $1 billion in acquisition and lifecycle cost savings.”