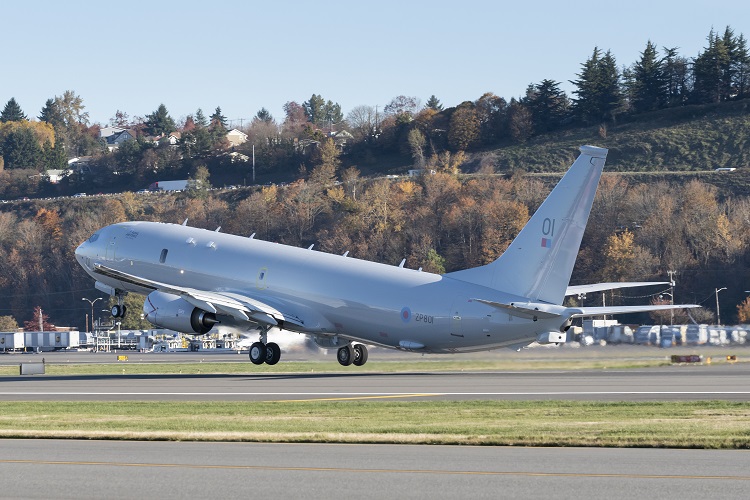 The United Kingdom is acquiring the multi-mission aircraft through the Foreign Military Sales process with the U.S. Navy. The P-8A Poseidon replaces the U.K.’s retired Nimrod aircraft.

Speaking to attendees at the delivery ceremony, Air Marshal Andrew Turner, deputy commander for Capability for the Royal Air Force, spoke of the “profound challenge” of enemy submarines threatening the U.K. and other nations. “P-8 is the key to solving this challenge on the surface, the sub-surface and in the waters of the North Atlantic. There is no place [for our enemies] to hide. We will make the oceans transparent and we will prevail.”

As part of a collaborative program with the U.S. Navy, pilots and maintainers from the United Kingdom’s RAF have been stationed at Naval Air Station JAX since 2012. Called “Project Seedcorn,” the arrangement has allowed RAF members to fly the P-8A with Patrol Squadron Thirty (VP-30), the Navy’s Maritime Patrol and Reconnaissance Fleet Replacement Squadron, to maintain their maritime patrol skills in advance of receiving the P-8A.

The P-8 is a long-range anti-submarine warfare, anti-surface warfare, intelligence, surveillance and reconnaissance aircraft capable of broad-area, maritime and littoral operations. In addition, the P-8 performs humanitarian and search and rescue missions around the globe.