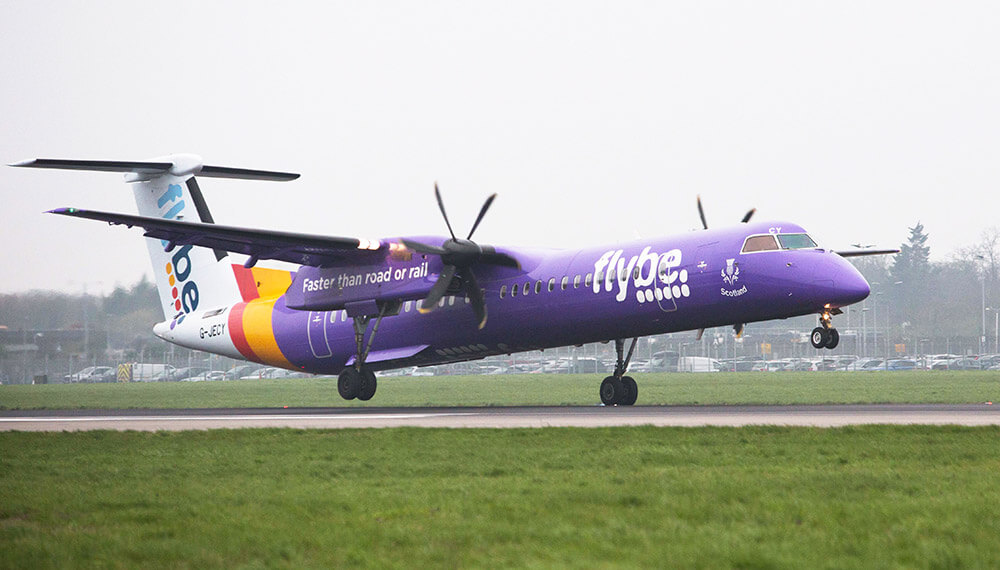 Flybe, Europe’s largest regional airline, has collapsed into administration less than two months after the government announced a rescue deal.

The impact of the coronavirus on flight bookings proved the last straw for the Exeter-based airline, which operates almost 40% of UK domestic flights, as the government stalled on a controversial £100m loan.

CEO Mark Anderson has expressed his deep regret that, after making every possible attempt to secure the airline’s long-term future, Flybe has been forced to enter Administration with immediate effect.

Europe’s largest independent regional airline has been unable to overcome significant funding challenges to its business. This has been compounded by the outbreak of coronavirus which in the last few days has resulted in a significant impact on demand. The airline has provided vital connectivity between the UK regions for over 40 years.

All flights operated by Flybe have been canceled with immediate effect.

“The UK has lost one of its greatest regional assets. Flybe has been a key part of the UK aviation industry for four decades, connecting regional communities, people and businesses across the entire nation.

“I thank all our partners and the communities we have been privileged to serve. Above all, I would like to thank the Flybe team for their incredible commitment and dedication.”

The airline was launched in 1979 as Jersey European Airways following the merger of Intra Airways and Express Air Services. In 1983, the airline was sold to Walker Steel Group, which also owned Spacegrand Aviation, and the two airlines were merged under the Jersey European name during 1985. The firm was renamed British European in 2000 and received the flybe name in 2002.