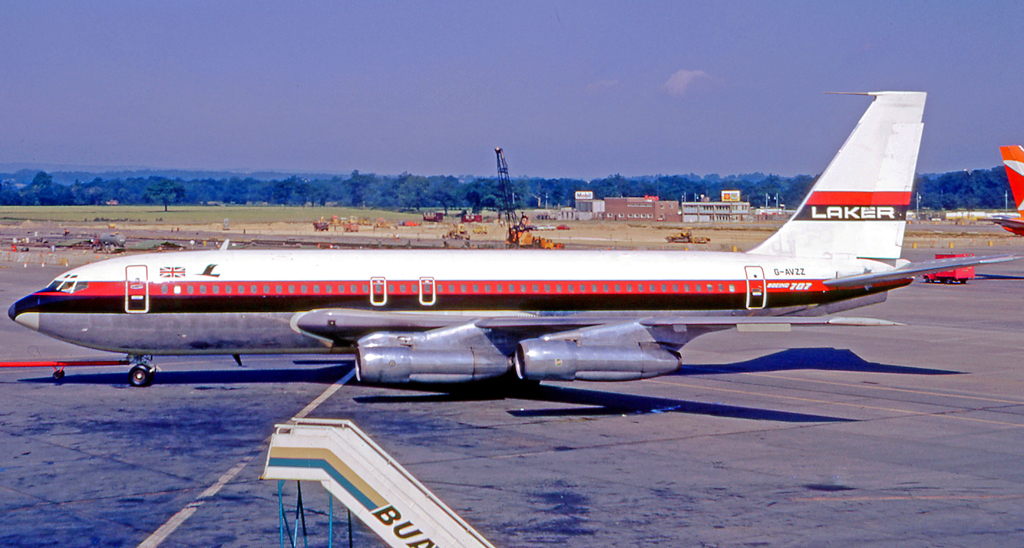 There’s a certain amount of irony in Norwegian deciding to put the image of Sir Freddie Laker on the tail of the new Boeing 737MAX aircraft the carrier is using to launch its new low-cost transatlantic flights between the United States and Europe.

Sure, Laker was a pioneer in providing low-cost transatlantic service, a feat Norwegian is hoping to duplicate using a new generation of aircraft that promise to lower per passenger costs even on long haul routes.

And Norwegian isn’t the first aviation upstart to consider Laker a hero. Virgin Atlantic’s chief Richard Branson named one of his Boeing 747s The Spirit of Sir Freddie.

Then again, Laker went bankrupt in the process, leaving some to wonder if Norwegian can escape a similar fate.

There are certainly many parallels in the Laker and Norwegian stories. Like Norwegian CEO Bjorn Kjos, Laker battled for years with regulators both in the United Kingdom and the United States before he was allowed to provide service between Gatwick Airport and New York’s JFK.

After initially applying to provide scheduled flights between London and New York in 1971, it wasn’t until September 26, 1977 that his Skytrain took off from Gatwick Airport. The New York-bound flight carried 272 passengers on one of the airline’s 345-seat McDonnell Douglas DC-10 wide-bodied aircraft. The fares charged at the time were £59 one-way from London and $135 one-way from New York.

In order to keep costs low, Laker sold initially sold tickets on a “walk-on, walk-off” basis that did not require any advance reservations. Instead, seats were sold on a “first come, first served” basis only. Norwegian too is offering rock-bottom fares by providing à la Carte offerings, such as checked bags and assigned seating.

Later, Laker introduced fully bookable “super economy” fares that allowed passengers to choose their seats in advance for a slightly higher fare, a practice that many airlines have begun to emulate today.

And, like Norwegian, Laker faced intense political opposition to his service from established carriers, as well as labor unions concerned Norwegian is looking to introduce low-wage labor on transatlantic routes.

To counter Laker, established carriers, such as Pan Am, British Airways and TWA slashed fares to compete. Today, Norwegian faces challenges from other low-cost competitors, as well as low-fare subsidiaries of established airlines, such as International Group’s Level, due to debut this summer, and Lufthansa’s Eurowing. Air France-KLM has promised to enter the low-fare fray as well.

For Laker, the dream came to an end on February 5, 1982, when the airline declared bankruptcy and halted operations. A number of factors – expanding too rapidly, inadequate capitalization, a sudden spike in fuel prices, and a worldwide recession – all conspired to ground Laker.

It was little comfort that a suit brought by Laker against a number of airlines accusing them of conspiring to put him out of business was eventually settled out of court for $50 million. British Airways reached a separate out of court settlement with Laker personally for £8m.

So what are the chances that Norwegian will succeed where other have failed?

According to Henry H. Harteveldt, a travel industry analyst and president of Atmosphere Research Group in San Francisco, Norwegian has “a reasonable chance” of succeeding.

While agreeing that there are numerous similarities between the two carriers, Harteveldt notes there are important differences as well.

“Two of the biggest challenges Freddie Laker faced going into his business were capitalization and the types of airplanes involved,” Harteveldt said. “Laker went in with DC-10s – a very, very large airplane with many seats to fill – and he didn’t have the financial resources that the other carriers did.”

Harteveld said that the established carriers Laker faced “could afford to take losses – they had better revenue management systems … they also had hub and spoke networks,” so they could feed passengers into the New York–London route.

“Fast forward to today,” Harteveld said, “Norwegian is a very well-established airline. They already have an extensive transatlantic route network with their [Boeing] 787 aircraft. They have a reputation in Europe and a growing one here in America for low fares. They’re well capitalized and well run.

“They certainly have the money in the bank and they certainly have good management. Those are two very important assets. They’ve got the right type of airplanes … which they can configure in a way that will make them money,” he said.

The right type of aircraft includes the new Boeing 737 MAX, a single-aisle aircraft capable of transatlantic flights that Norwegian will begin flying out of secondary markets such as Providence, R.I., and Stewart, N.Y., this summer. The plane, Harteveld said, is a “game changer.”

Harteveld said he is curious to see if Norwegian puts a portrait of Southwest Airlines co-founder and former CEO Herb Kelleher on another of its airplane. “Not only because Southwest pioneered low fares in the United States, but Southwest and Herb Kelleher did more to get Boeing to evolve the 737 than many other airlines,” he said.

As for Norwegian’s strategy of flying into secondary airports, Harteveldt sees it as “a smart one” that allows Norwegian to avoid direct competition with more established carriers.

“This is just the beginning of the story,” Harteveldt commented. “It will be interesting to see two to three years from now how the major airlines and the major alliances choose to respond.”

Will all airlines rush to compete with ultra-low-fare carriers by offering bare-bone services while charging extra for assigned seating, luggage and extra legroom?

Or, Harteveldt speculated, will some conclude that “we’re going to go for the middle market because that’s what our brands stand for, that’s what our customers want and we can’t make money serving that deeply discounted fare-paying customer even with auxiliary sales to bolster the revenue.”