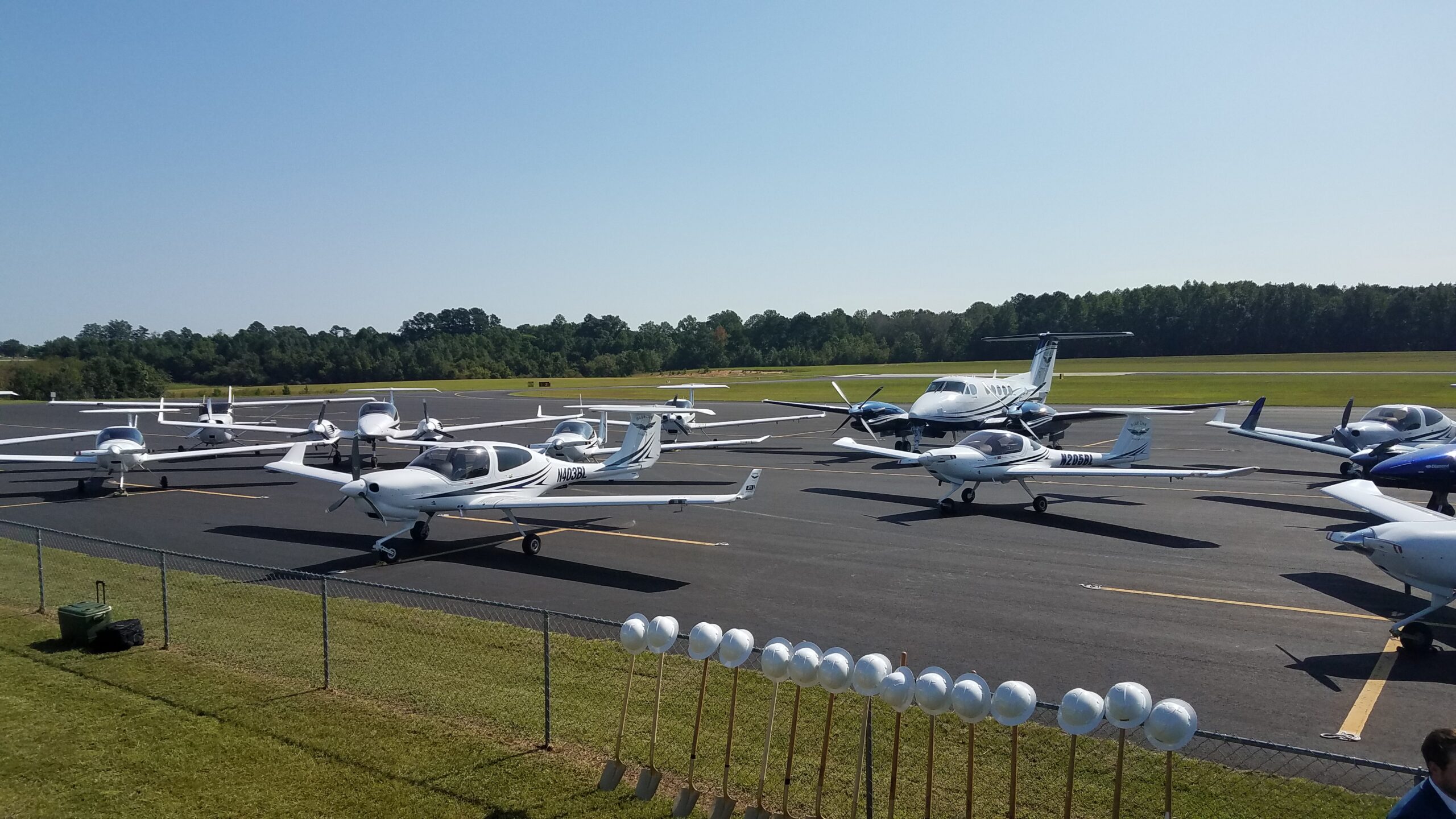 The $13-million project, a 40,531-square-foot training and hangar space, is being constructed by Bobbitt Design Build. It is expected to be finished in late 2020 when Blue Line will officially move its headquarters from Raleigh-Durham International Airport, where it has been housed since its foundation in 2012.

Over a 10-year span, the Blue Line Aviation Complex is expected to create approximately 134 jobs and employ approximately 300 people, adding to the rapid growth in the Johnston County community.

“Johnston Regional Airport is an asset for people and companies across Johnston County and the Research Triangle,” said Chris Johnson, Director of Johnston County Economic Development. “I am very pleased to have Blue Line Aviation partner with Johnston County as we work to develop and expand the potential of JNX as the premier location for economic development, business travel and now aviation training.”

“We’re certainly very thrilled to be part of this project and help Blue Line realize its dreams,” said Andy Speck, Project Developer at Bobbitt Design Build. “That’s what we do. We help turn those visions into realities. We’re blessed to be part of it. We’re glad to see the success that Blue Line is having. This is just going to propel them to do more.”

The restaurant will be home to “Flights,” owned-and-operated by Chef Nate Roby and Colleen Roby, owners of “Simple Twist,” which has three locations in Johnston County, along with “Simple Twist Taproom” in Smithfield, North Carolina.

“We are very excited and looking forward to this new opportunity to work together with Blue Line Aviation on our new restaurant,” Colleen Roby said.

Blue Line Aviation’s move from Raleigh-Durham International Airport to Johnston Regional Airport has been made possible by collaborating with numerous leaders in the community.