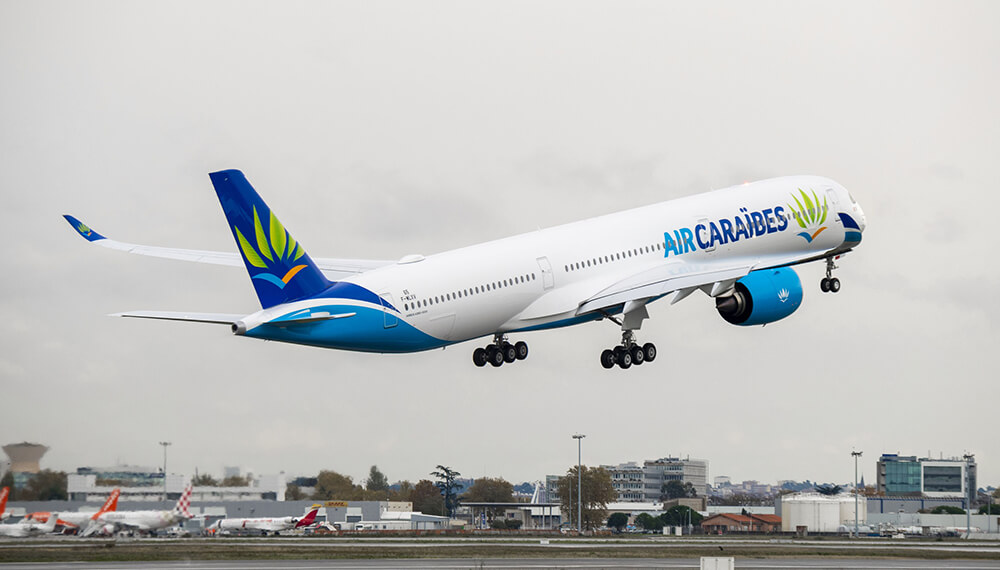 Air Caraïbes has taken delivery of its first A350-1000, the largest member of Airbus’ new-generation A350 XWB Family, making it the first French operator of the type.

The new aircraft will seamlessly integrate into Air Caraïbes’ existing fleet thanks to Airbus’ unique fleet commonality and provide the airline with additional flexibility. In total, Groupe Dubreuil has three A350-1000s on order.

Air Caraïbes’ A350-1000 are configured in a three-class layout with 429 seats (24 “Madras” Business, 45 in “Caraïbes” Premium Economy and 360 in “Soleil” Economy). All A350 XWBs are equipped with a quiet and comfortable Airspace cabin with a new lighting system, which strengthens the sense of passenger wellbeing and relaxation on long-haul flights.

At the end of November 2019, the A350 XWB Family had received 959 firm orders from 51 customers worldwide, making it one of the most successful widebody aircraft ever.