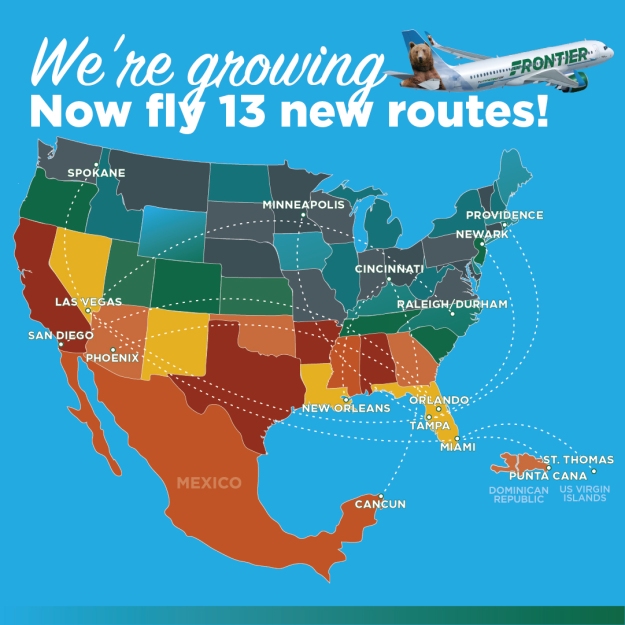 Approximately 250 flight attendants and 140 pilots will be based at TPA this year with that number expected to increase in the future. Additionally, the airline announced its intention to open a crew base at Hartsfield-Jackson Atlanta International Airport in late 2021.

“With our low-cost structure and focus on leisure travel, Frontier is exceptionally well positioned to increase operations this year and continue to expand in these two growing markets,” said Barry Biffle, president and CEO, Frontier Airlines. “We anticipate that nearly 400 Frontier crew members will be based in Tampa by the end of 2021. Atlanta is also on the radar for later this year and those details will become more solidified as things progress.”

Both markets have become increasingly important destinations for Frontier with anticipated growth in routes in and out of those cities during the course of 2021. Frontier currently offers nearly 20 nonstop routes from Tampa International Airport and more than 15 nonstop options from Hartsfield-Jackson Atlanta International Airport, with a wide range of additional flight connection opportunities within Frontier’s domestic and international network.

“Any time we add a new crew base, it is an indicator of continued growth for our airline and also welcomed news for our crew members, who gain a new home base option, and local communities that reap the economic benefits,” said Biffle.