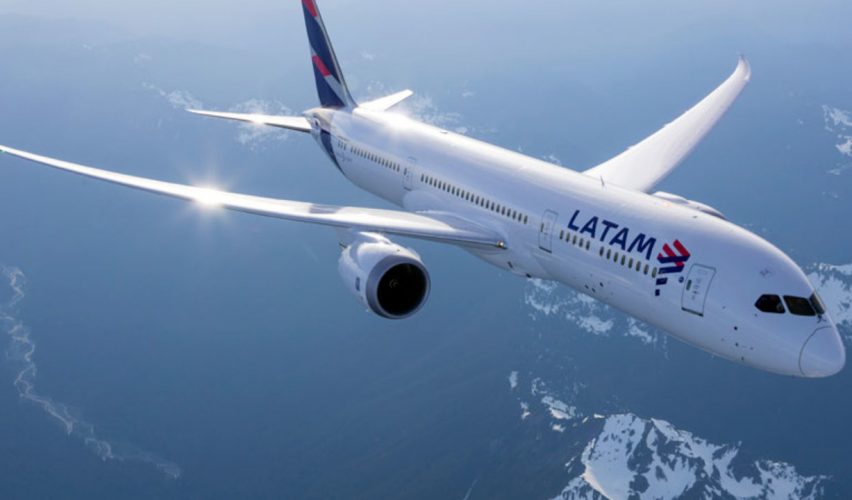 Last week LATAM Argentina applied for the local version of Chapter 11 and simultaneously announced its firm decision to leave the country. The company’s CEO Rosario Altgelt hinted at the intransigence of the unions to accept wage cuts in Covid-times, but the unions say they never heard any proposal.

“We are in a grey zone,” says Union representative Sergio Giménez of the USTARA union, which represents 80% of the technical and operations personnel of the 1700 employees. LATAM Argentina is the local subsidiary of the airline, originated in 2012 after Chilean LAN and Brazilian TAM merged.

“LATAM Argentina applied for the Preventive Crisis Procedure (PPC) which is something similar to Chapter 11, which permits the company to keep on operating while restructuring its debt. But at the same time, LATAM says it decided to cease operations in Argentina, which means they don’t want to operate at all.”

Giménez says during the last three months – during which the Argentinian airspace has been closed due to Covid  – the employees didn’t receive any news from the company, while only 50% of the salaries were deposited.

“It´s strange that the CEO of the company is now saying that LATAM has to leave the country due to the stubbornness of the Unions of not accepting wage cuts, while the company has exactly been doing that over the past months,” says Giménez. “In the meantime, many technical operators and maintenance personnel kept on working and they are personally responsible for the safety of the aircraft.”

“We had around seven meetings at the Ministry of Labor, but LATAM never send an official of any weight,” confirms Juan Pablo Mazzieri, the spokesperson of the pilot union APLA. “LATAM never really talked to the Unions during the past months to reach an agreement to lower operative costs. We actually proposed scaled wage cuts, but never got an answer to that. I have the impression that LATAM already had prepared their exit,” says Mazzieri. “It´s within the tune of their global strategy, to cut down on the subsidiaries to save the holding. Or to make working conditions more flexible.”

The monopoly of Aerolíneas Argentinas

The imminent exit of LATAM from Argentina is not only caused by the Corona-crisis but is also linked to the political context. It was not a coincidence that LATAM announced to close shop after the government of Mr. Alberto Fernández forced LATAM Argentina to pay 100% of the contractual wages to its employees.

Earlier in June, the employees of Aerolíneas Argentinas, the biggest domestic airline in Argentina, were reassured by their unions, that they would be receiving their full salary until September 1st. On that date, predictably, Argentinian airspace will open up again and air travel will resume.

Aerolíneas Argentinas is not only state-owned, but most unions within the airline are controlled by pro-government factions. This makes the flag-carrier the most important player on the domestic routes.

While the former conservative government of Mauricio Macri, tried to break the domestic monopoly of Aerolíneas, by introducing low-cost airlines like Norwegian and Flybondi, the current government has clearly a more nationalistic approach. The lack of local competition will be worsened by the exit of LATAM, which accounted for almost 20% of domestic flights.

LATAM has been losing a lot of market share over the last decade, in part due to the competition of these new low-cost carriers and but also because of strategic decisions of the LATAM holding. “Over the last years, many international routes that were operated by LATAM Argentina, were taking over by other LATAM subsidiaries in Peru or Brazil, for instance,” says Juan Pablo Mazzieri of APLA.

“So there seems to have been a decision to scale down the operations of LATAM Argentina.”

Proof of the fact that COVID is not the only culprit in the exit of LATAM Argentina, is the fact that the company, although a small operation, has been losing a lot of money of the last two years: more than 260 million dollars.

“I think if there hadn´t been a virus this year, LATAM might have closed shop anyway at the end of the year,” says USTARA’s representative Giménez. “We don’t understand how this exit strategy and possible bankruptcy will unravel. It is a legal quagmire. But now we need to communicate 1700 families that they will be out of work.”