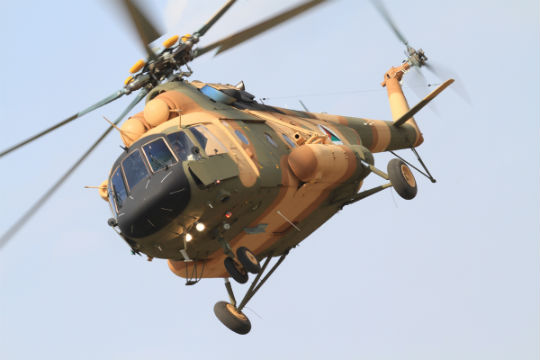 Russian Helicopters delivered the final batch of helicopters to India under a previously signed agreement.

“India is one of the key markets for Russian helicopter building industry and the largest operator of Russian-made helicopters in the South-East Asia. Today, this country uses more than 400 helicopters, which have proved themselves well,” said Russian Helicopter CEO Alexander Mikheev. “We produce high-tech multirole helicopters capable of solving the most difficult tasks anywhere in the world.”

The Mi-17V-5 helicopters supplied to India are some of the best technically equipped helicopters of the Mi-8/17 series and gathered the best solutions of previous generations. Every Indian Mi-17V-5 helicopter is fitted with a KNEI-8 avionics suite. The suite has replaced multiple systems indicators with four large multi-functional that are easy to read and reduce the intensity of pilot’s workload. This avionics suite also helps to cut down pre-flight inspection time by displaying all systems data and alerting the crew when necessary. Besides, the helicopters supplied to India are equipped with the latest and more powerful engines, which will greatly enhance its payload carriage capability at higher altitudes, characteristic of the Indian landscape.

As recently announced, Russia and India have started to implement a large project aimed to manufacture of no less than 200 light multirole Ka-226T helicopters. According to documents signed by the governments of the two countries, no less than 200 of the Ka-226T helicopters and their modifications will be manufactured in India. The agreement also includes maintenance, operation, repairs of helicopters and provision of technical support.

In addition, the Indian Air Force is planning to order another 48 Mi-17V-5 helicopters. These new helicopters will be used for flights over various landscapes, in deserts as well as in mountainous regions.