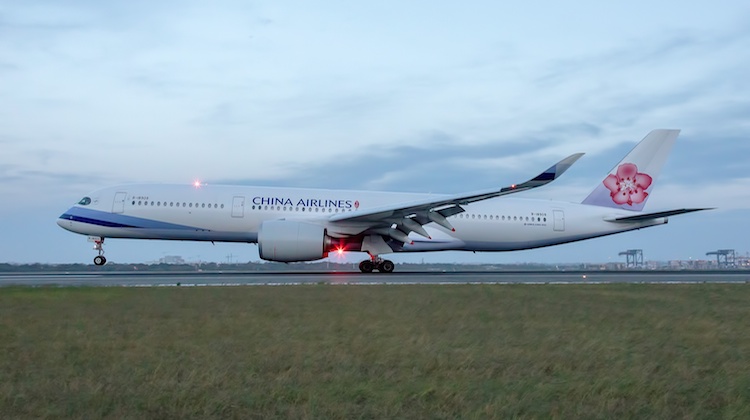 Sydney Airport has welcomed China Airlines’ new A350-900 service, which is expected to bring tens of thousands of extra tourists to NSW each year.

“Not only will passengers be able to enjoy a fantastic product with an impressive new inflight experience, but more services mean a boost for tourism in our state.

“The move to double the number of daily services will mean about an extra 100,000 seats and an estimated additional $48 million in annual visitor expenditure for NSW.”

“In its 25th year of operating to Sydney, China Airlines is very pleased to upgrade its Airbus A330-300 services to brand new A350-900 aircraft featuring the latest inflight product,” Mr Chen said.

“Not only are we upgrading the passenger experience with these next-generation aircraft, but lifting frequency to offer twice daily departures to Taipei from December 17.

“This allows China Airlines to offer improved connectivity for the significant traffic flows between Sydney, Europe and Asia.”

The 306-seat A350-900 brings Sydney into line with new London services and other key international connections, such as Frankfurt, Rome, Amsterdam and Vienna.

“Chinese airlines continue to be a huge driver of growth for our tourism industry, from both mainland and Greater China,” Mr O’Sullivan said.

“This latest increase in capacity by China Airlines, as well as the added kudos of the new A350 aircraft now being deployed on the route, should hopefully help maintain that positive momentum.”

“The aviation industry is a key player in turbocharging to¬urism growth in Sydney and throughout rural and regional NSW,” Mr Marshall said.

“We want to see more tourism dollars flying into Sydney and rural and regional NSW and into the pockets of local economies, and I look forward to welcoming increased visitation to our State as a result of this new service.” Sydney Airport is a leading airport globally for next-generation aircraft.