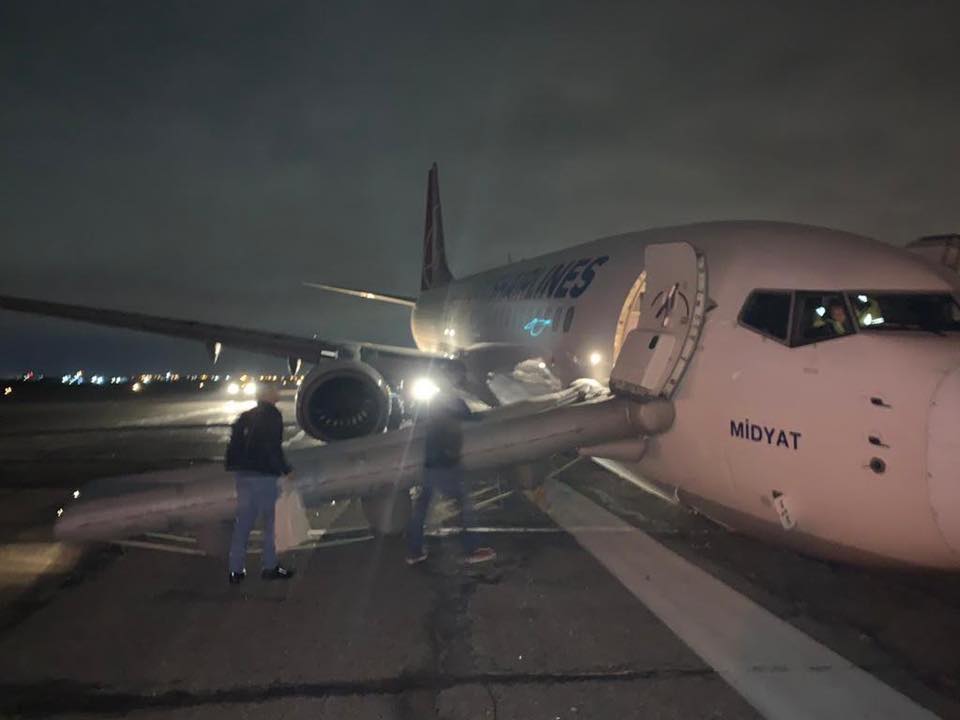 A Turkish Airlines Boeing 737-800, operating flight TK-467 from Istanbul to Odessa was involved in an accident earlier today.

The aircraft came to a stop on the left edge of the runway with the nose gear collapsed and the nose beyond the edge of the paved surface.

Passengers and crew members have been evacuated and no injuries have been reported. 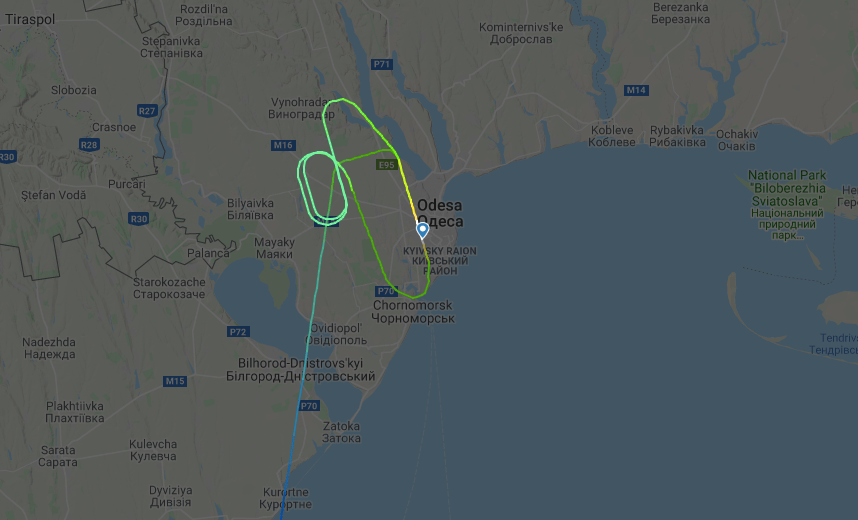 Turkish Airlines has not responded yet to a request for comment.