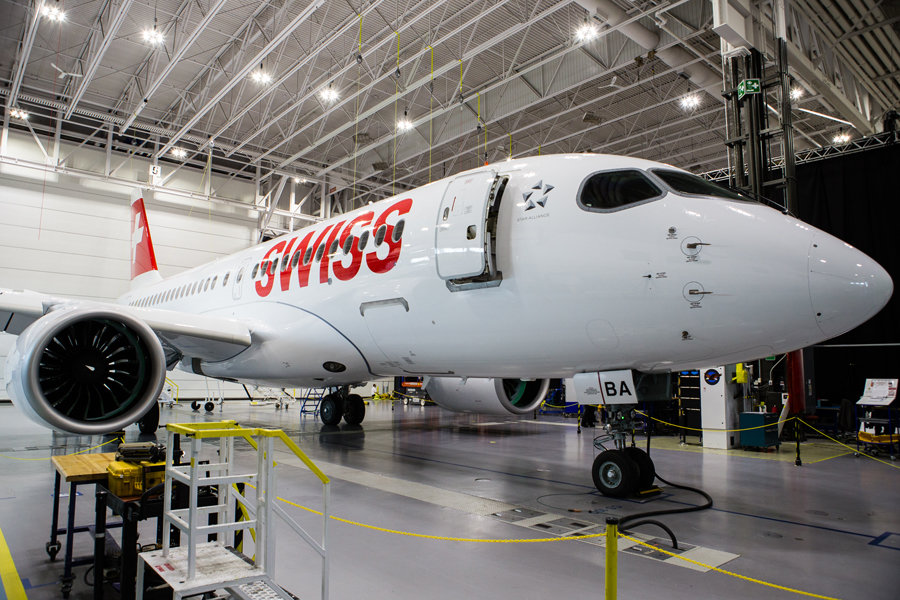 EASA’s validation paves the way for the delivery of the first CS100 aircraft to launch operator Swiss International Air Lines at the end of June and the aircraft’s entry-into-service in July 2016. The FAA validation is a required precursor to operation of the aircraft in the U.S.

“In the same week that our C Series aircraft surpassed 5,000 flight hours and the first Swiss aircraft readies for its first flight, we are celebrating another very proud moment with the receipt of the CS100 aircraft EASA and FAA Type Validations. I congratulate our teams for all their hard work in delivering these latest significant accomplishments,” said Robert Dewar, Vice President, C Series Program, Bombardier Commercial Aircraft.

“As we move quickly towards the delivery of the first CS100 aircraft to SWISS, we are gratified that several aviation leaders are confirming what we have been saying all along, the C Series aircraft will open up new opportunities for operators, while delivering unrivalled economic advantages, performance, and environmental credentials.”

“Obtaining the CS100 aircraft Type Validations from EASA and the FAA marks one of the final chapters in our very successful test program,” said François Caza, Vice President, Product Development and Chief Engineer and Head of Bombardier’s Design Approval Organization.

“Achieving these latest milestones is a direct result of the quality of the work by our highly skilled employees who were involved in the program as well as from the solid collaboration we established with our suppliers.”