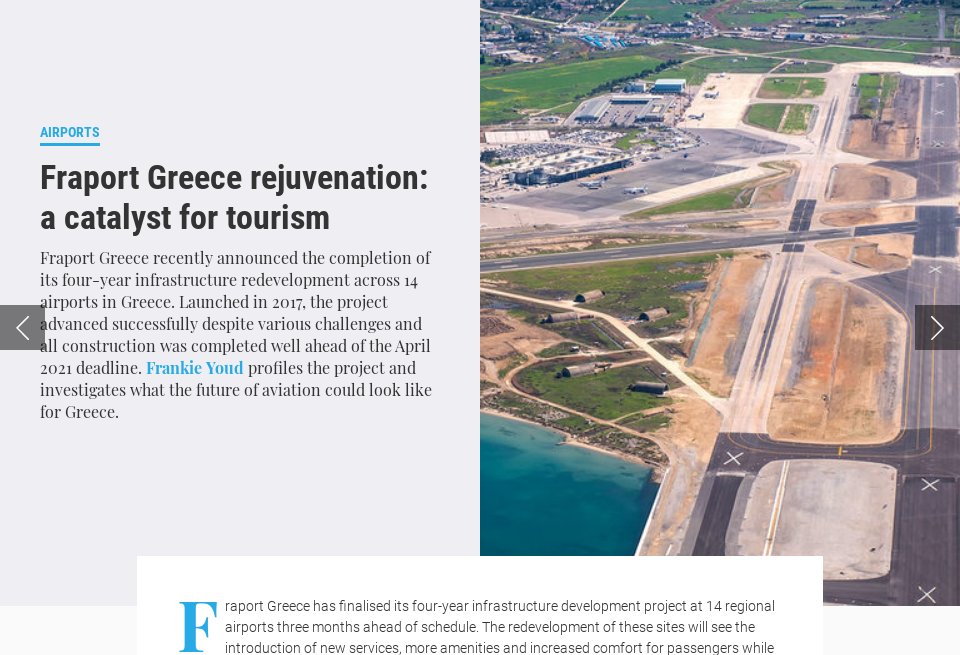 The European Commission has concluded that concessions for 14 regional airports in Greece were awarded on market terms and therefore did not involve any state aid.

The concession agreements are part of Greece’s commitments in the context of the stability support programme.

The concession agreements were signed in December 2015 and subsequently ratified by the Greek Parliament. Greece then notified them to the Commission in October 2016, seeking confirmation that they do not involve state aid.

Under EU rules, a concession for the commercial operation of infrastructure can be considered free of state aid, if it is awarded on terms that a private player operating under market conditions would also have accepted when offering a concession for similar assets.

The Commission found that the terms of the concession agreements are in line with market conditions, in particular because they result from a competitive, transparent and non-discriminatory tender. It also found that Greece selected the best offer submitted in this tender, i.e. the concessions were awarded to the company whose offer would generate the highest revenues for the Greek State.

On this basis, the Commission concluded that the Greek State awarded the concessions under terms that a private operator would also have accepted.

The Commission also found that the provision or procurement of certain public services by the Greek State (such as air traffic, police and customs controls at the airports concerned) do not confer an economic advantage on the airport operator and therefore does not constitute State aid to the latter.

The concession agreements, therefore, do not involve any state aid to the Fraport AG-Slentel Ltd consortium within the meaning of EU rules.

Today’s Commission decision clears one condition that needed to be satisfied before the concessions can become effective. It is now for the Greek authorities to take the final steps to complete the transfer and delivery of the airports under concession.