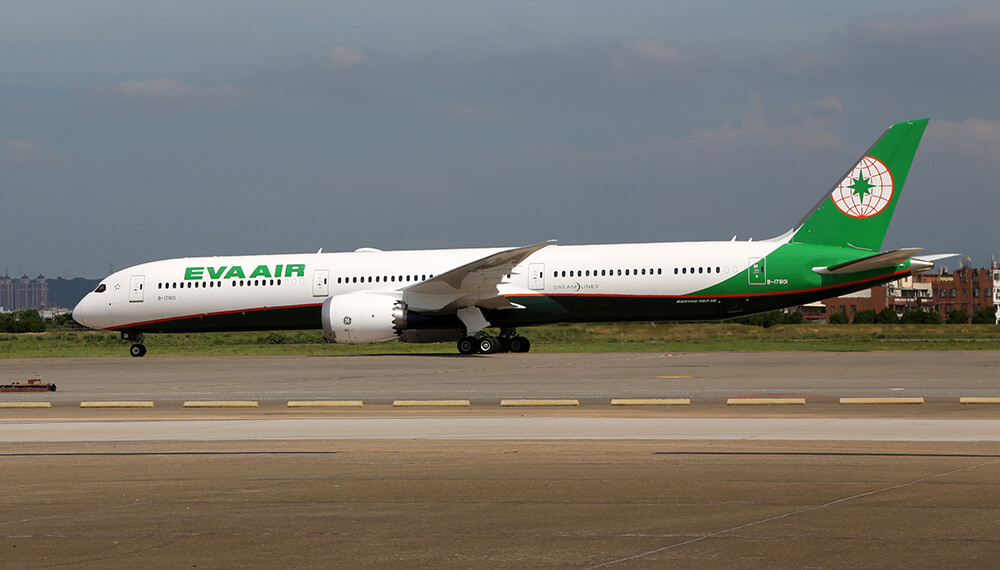 EVA Air ferried the new Dreamliner to Taiwan the same day and began preparations to use the new plane to upgrade service.

EVA Air has already deployed new Dreamliners on routes from Taipei to Tokyo, Osaka, Hong Kong and Vienna. It will start flying one of the aircraft to Brisbane later this month and extend 787 operations to Vancouver in the first quarter of 2020.

“Fuel efficiency and cabin comfort are two key factors that determine a commercial jetliner’s competitiveness in the global aviation market,” said EVA President Clay Sun. “The Boeing Dreamliner’s reliable performance and advanced aviation technologies make it an excellent choice for the aircraft we need to continue growing our route network and providing our passengers with safe, comfortable flights.”

Technologies used to build the Boeing 787 Dreamliner make the aircraft more environmentally efficient. It is constructed of lighter composite materials such as carbon fiber and more than 50% of the aircraft’s total weight comes from these materials, including the fuselage, wings and engine fan blades. Compared to traditional aluminum alloy fuselage construction, these advanced materials significantly decrease the aircraft’s overall weight and likelihood of metal fatigue or corrosion, reducing maintenance costs. Replacing fluorescent tubes with LED lights lowers power demand by almost half.

EVA is adding a total of 24 Dreamliners to its fleet. Starting in 2018, it began to take delivery of 787-9 Dreamliners and now operates four of the aircraft in that model. To celebrate its 30th anniversary this year, the airline has begun to introduce 787-10s, the newest and largest model in the Dreamliner family, further upgrading services on more routes. By 2022, the airline will be operating 16 more 787-10s.

The Boeing 787-10 also has a larger belly capacity and holds more air freight than the 787-9. Using EVA’s Taipei-Japan routes as an example, the 787-10s can carry one-to-two tons of additional cargo, including fresh seafood, fragile fruit and sensitive high-tech products, along with a full load of passengers.  During slower travel seasons, the 787-10’s larger belly capacity will help EVA increase cargo revenue and boost overall operating performance.