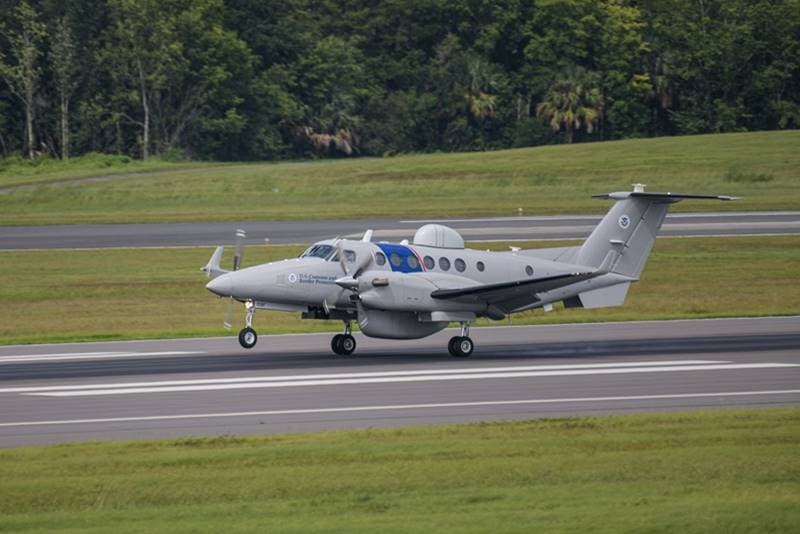 After mission modifications by Sierra Nevada Corporation, these two Multi-role Enforcement Aircraft (MEA) aircraft will join a fleet of 23 other King Air 350 aircraft used to safeguard the United States homeland as part of the coordinated application of CBP’s aviation and maritime law enforcement resources.

“We are honored the King Air 350CER continues to be the aircraft of choice to fill this critical mission need for the CBP,” said Bob Gibbs, vice president, Special Mission Sales. ”These aircraft can fly six-hour missions and can deploy to hot spots where multi-sensor patrols assist both ground and marine agents to detect, interdict and prevent acts of terrorism as well as the unlawful movement of people, illegal drugs and other contraband toward or across the borders of the United States.”

CBP MEA is equipped with a sophisticated array of active and passive sensors, technical collection equipment and satellite communications capabilities that can be deployed for ground interdiction operations, air-to-air intercept operations and medium-range maritime patrols. The aircraft is operated by a crew of four, including two highly trained sensor operators who employ the mission equipment and coordinate the information flow to the ground.